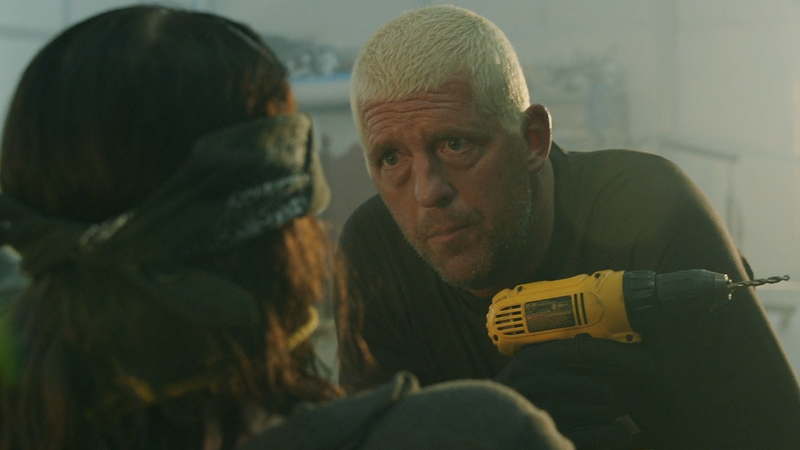 The official trailer for the new film Cutter Bill has been released today, giving fans a look at the film AEW star Dustin Rhodes has been working on.

Rhodes is front and center in the clip (seen below) as Mitchell White, interrogating a hostage as to the whereabouts of a Cowboy Mafia fortune. According to the film synopsis, Cutter Bill is about two thieves attempting to steal the buried fortune of the titular character, a former member of the Texas Cowboy Mafia. Rhodes’ Mitchell teams up with Jessup Cross (Thom Hallum), a “down on his luck gambler indebted to a notorious bookie known only as ‘The Indian.’” The pair aren’t clued in on the fact that Lilly (Katy Harris), the mute granddaughter and heir to the ranch, is also searching for the fortune and ends up being captured and interrogated by Mitchell and Jessup. Jessup is racing against time to get Lilly to tell them where the money is before he’s killed by a mob of ruthless gangsters who are led by “The Indian” (Arthur Redcloud) and want the money for themselves.

Director Brett Bentman talked about assembling the cast for the film, noting Rhodes “is a Texan and also someone I grew up watching in the WWF every Saturday as a kid. I knew who he was, never thought I would be lucky enough to work with him, and now cannot imagine not knowing him. A true professional in anything he does.”

He also praised the rest of the cast, calling Hallum “a personal friend and tremendous talent, also a native here in Texas—he’s a constant in any project I step into. Katy Harris and Arthur Redcloud were newbies to the squad. We knew a little bit about both, and of course saw Arthur in The Revenant opposite Leo DiCapario, so we were excited to get both of them on set. Rounding out the cast with Billy Blair and Tom Zembrod were just cherries on top – love those guys to death.”

Bentman also spoke about the story based on the real-life events of the Cowboy Mafia in North Texas. “The take on the legend here is the difference maker. We aren’t just telling you, although Dustin does touch on the true events in the film while he wields a few power tools, what happened in the 70’s… we are telling you how that is affecting the characters right now. We take these very flawed individuals and put them in a high octane scenario where it’s do or die, literally. My vision for the film has always been a rock ‘em sock ‘em caper. I wanted to keep the viewer guessing until the last twist finally unfolds. We kept to that.”

Cutter Bill will be release in early 2020; check out the official trailer, and an exclusive photo from the film below:

Cutter Bill Official Trailer from B22 Films on Vimeo. 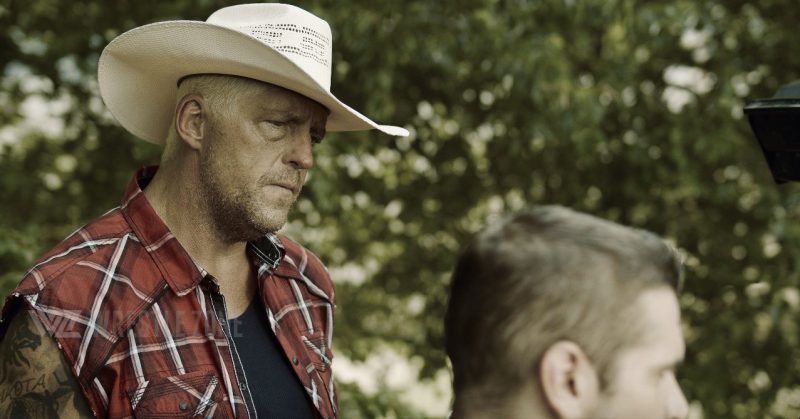 Earlier this year, director Brett Bentman spoke with Wrestlezone’s Managing Editor Bill Pritchard about working with Rhodes on this film, and a second one titled Thunderclap!, set to shoot later this year. Bentman explained the premise of the film and talked about how the project came to fruition.

“Cutter Bill is the name of the film, we’re going to be shooting here in August in Texas again. Dustin’s on the team again, we’ve got a great cast. One of the things that’s really prevalent in the North Texas area is something called the Cowboy Mafia. It took place in the ‘80s and ‘90s and it’s a really interesting story that was brought to my attention by one of my amazing producers,” Bentman said, “and she was obsessed with this story about this ranch and how drugs were being brought in on shrimping boats and distributed here in North Texas. They were hiding them in hay and actually inside horses, things like that. When we were developing the project and talking to investors—Dustin just has this really interesting look and he’s got this really interesting voice—he’s going to be starring as one of the thieves that’s trying to dig up $80 million of Cowboy Mafia money. It’s a really cool story; it’s just a cool Texas story and there’s a huge twist to it. It’s going to be a blast.”

Related: Brett Bentman On Working With Dustin Rhodes On Thunderclap!, Bringing The Texas Cowboy Mafia To The Screen