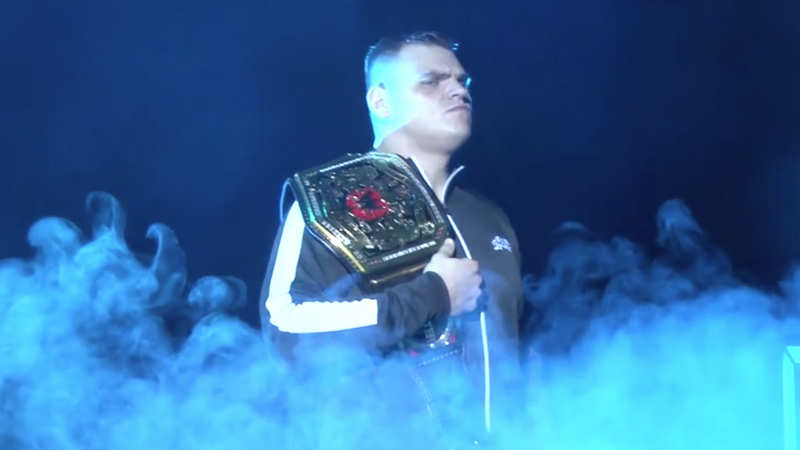 EVOLVE has announced that NXT UK Champion WALTER will be working two shows in December. His opponents were also announced. The following was issued:

We are back to catch up on news that was broken this week on the EVOLVE Twitter, plus more! Let’s get to it….

It’s Coming: What’s NeXT for the WWNLive Experience? It will evolve into something bigger on April 2nd-4th in Tampa, FL. More info soon.

EVOLVE Title Bout Set: New EVOLVE Champion Josh Briggs will defend the EVOLVE Championship against JD Drake at EVOLVE 141 in the Detroit area. The end of the last EVOLVE event set up this first-time-ever one-on-one bout. We’ll have much more on this match in the upcoming weeks.

Shotzi Blackheart Returns: Shotzi Blackheart is already training at the WWE Performance Center, but she’s not ready to say goodbye to EVOLVE yet. Blackheart will be back for EVOLVE 141 and EVOLVE 142 after what transpired with her and Reina Gonzalez in the EVOLVE 140 Recap. We’ll have news on her matches next week.

WALTER & Thatcher Set For EVOLVE Seminar/Tryout: NXT UK Champion WALTER and former EVOLVE Champion Timothy Thatcher will be the special guest trainers at the EVOLVE Seminar/Tryout on December 7th in Chicago. This is probably the only time these two will be available for a seminar so take advantage! It is open to wrestlers, referees and managers who have completed a reputable training course. It is also open to announcers who have prior experience in pro wrestling. Go to the WWNLive.com Seminar/Tryout section for more info and to fill out an application. Spots are already filling up fast and we expect a sellout.

Conclusion: Thank you for taking a few moments to read today’s WWN Alerts. We’ll be back on Monday with lots of match announcements!