HomeNewsViva La Raza: A Tribute To Eddie Guerrero, 14 Years After His Passing

Viva La Raza: A Tribute To Eddie Guerrero, 14 Years After His Passing

Viva La Raza: A Tribute To Eddie Guerrero, 14 Years After His Passing 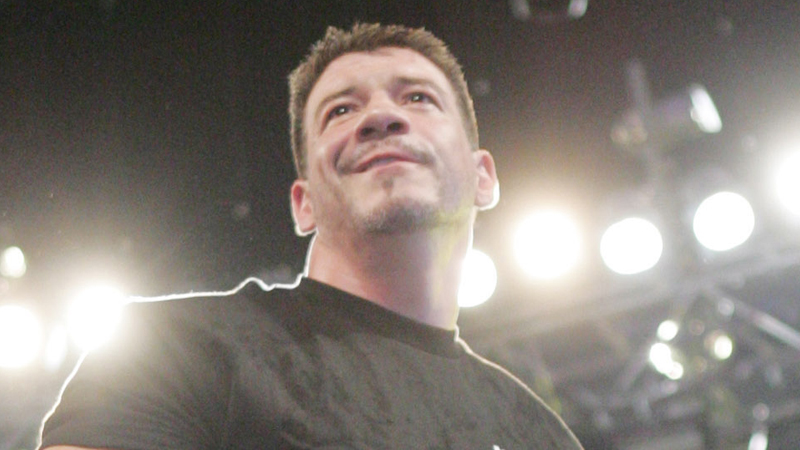 It’s been exactly 14 years since the passing of the late, great Eddie Guerrero. For fans who were watching at the time, it feels all too recent and the wounds still seem to hurt. Eddie Guerrero was a one-of-a-kind talent who was taken from the world far too soon, but he left an immortal legacy that will never be forgotten.

It felt like it was only yesterday when RAW was in Minnesota and the entire roster was gathered together on the ramp while Vince McMahon paid tribute to Eddie Guerrero. Whether you were a child, a teenager or an adult, it wasn’t an easy moment. If anything, it was one of the most difficult moments you would have had to experience as a fan. To see a superstar who was so beloved and respected passing away like that was among the most heartbreaking things to experience.

A young Sasha Banks had gone to that very tribute show, completely unaware that Eddie Guerrero had passed away. As you probably know, she grew up idolizing Guerrero, so one can only imagine the emotions she felt when she found out that he passed away when she had come to see him. WWE had a two-show tribute to Guerrero, with superstars on both RAW and SmackDown wearing “I’m your Papi” shirts while also putting on an armband that said “EG”.

Looking back at his final years in WWE, it was truly a miracle that fans got to witness his rise to the top and character changes. Guerrero was always a great wrestler, but in WCW, he seemed to be just another name and just another face despite being one of the core parts of the Cruiserweight Division.

In WWE, he had an interesting first run where he was paired with Chyna, but his inner demons had gotten the better of him and he was fired from the company. This was his big fall from grace, but Guerrero managed to fight past his demons and regain the respect of his family and that of WWE, who rehired him a year after the fiasco that had happened.

From here, he started taking things slow and steady and found himself as being in the right place at the right time. Being one of the integral “SmackDown Six” members, Guerrero’s popularity would rise as he teamed with Chavo Gurrero, but it was clear that bigger things were waiting for him. After he wrapped up his storyline with Chavo in early 2004, he found himself getting a huge push, winning a battle royal and earning the right to face Brock Lesnar for the WWE Championship.

What would follow in that feud would take Eddie Guerrero’s popularity to new heights. His promo where he declared that he was an addict remains one of the greatest, most intense and underrated promos of all time. Guerrero showed a fiery passion that he never had before and continued to evolve as a performer. Being the babyface and underdog purely by the size difference, Guerrero managed to overcome the odds in what many consider to be the single-most satisfying WWE Championship victory of all time (Fun fact: Bayley was present in the arena that night).

His WWE title run would see him have a successful defense at WrestleMania 20, but when he saw the ratings while he was a champion, he was distraught and took it to heart. He felt that he was personally responsible for the low ratings and told Vince McMahon to take the title off him. It resulted in a feud with JBL, who was just getting started with his new gimmick and the Texan would end up beating Guerrero to win the title.

Over the next year, Guerrero continued to evolve as a performer and even became tag team champions with Rey Mysterio. It eventually led to him turning heel and attacking Mysterio, which brought out a whole new side in himself. Not only was he able to be a beloved babyface, but he managed to bring out a sadistic heel version of himself as well. Though it was brilliant, it didn’t last too long and his final storyline was one with Batista, where he teamed with him and gradually turned babyface again.

While his heel run was fantastic, perhaps it was the best possible scenario that his career ended with him being a beloved babyface once again. He left a void in wrestling that’s yet to be filled and there will never be another like him again. His memory lives on forever and he will always be among the greats of the business.