HomeNewsTyson Fury’s Next Step In His WWE Career Revealed *Spoiler*

Tyson Fury’s Next Step In His WWE Career Revealed *Spoiler*

Tyson Fury’s Next Step In His WWE Career Revealed *Spoiler* 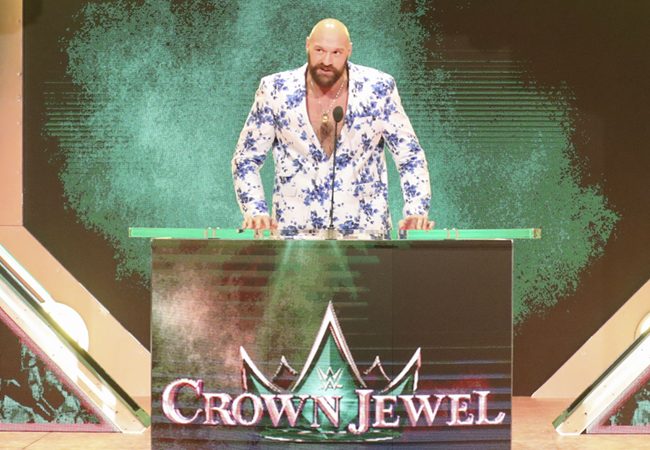 Tyson Fury and Braun Strowman are prepared to give these hands.

It was revealed during today’s SmackDown TV tapings in Manchester, England that the two behemoths who fought each other at Crown Jewel would be forming a tag team and as such, the two were immediately challenged by The B-Team.

Strowman and Fury would lay out the second generation duo to end the SmackDown tapings.

Catch it all on tonight’s SmackDown at 8 PM Eastern on Fox.