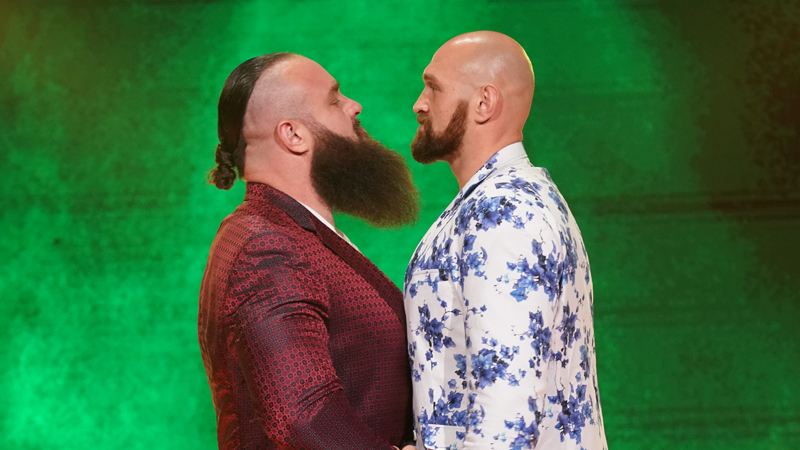 At WWE Crown Jewel, two giants will clash when Braun Strowman faces Tyson Fury. After coming to blows last week, the competitors made their match official with a contract signing on WWE Monday Night RAW this week. Jerry “the King” Lawler moderated the contract signing.

Strowman said he knows Fury; he knows he has a massive ego. He also said Fury was trying to steal his spotlight. The Monster Among Men warned Fury he’s stepping into his world and he’s going to experience his first loss ever. Strowman told Fury he’s going to get these hands. The Gypsy King said he’s a fan of Strowman and he wanted to see him at WWE Friday Night SmackDown. Fury said he’s not out of his element in any ring and he’ll prove it at WWE Crown Jewel. Fury promised to knock Strowman out. Both men stood up and stared each other down. Fury snapped the pen he used to sign the contract and walked away.