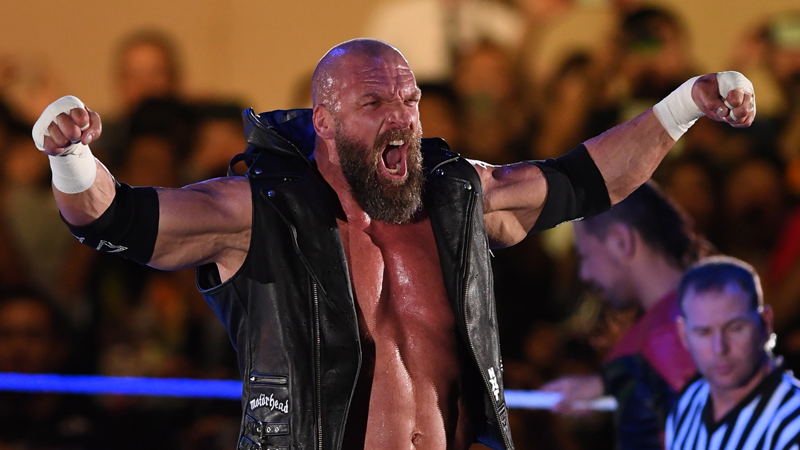 Triple H recently spoke with Digital Spy about a number of topics including his daughter getting into wrestling training, if another Evolution pay-per-view event will happen, and if Vince McMahon will get involved with NXT creative.

On if we’ll see another Evolution PPV:

I think so. This year has been such a transitional year with WWE that in the process of a lot of things happening like the switch to Fox, NXT going to USA, there’s been so many crazy things going on, part of the planning process of those things is us not having the bandwidth to do a few of the things that we would have liked to have done this year.

[Evolution] is still on the table, still up in the air as to what will happen and what will go down. I think it might be a little bit on a delay from when we would have liked to have done it, just because there’s only seven days in a week and 24 hours in the day. There’s only so much we can accomplish and have it be done correctly. You don’t want to half-ass it.

If Vince McMahon will get involved with NXT:

Check out the full interview for even more from Triple H.