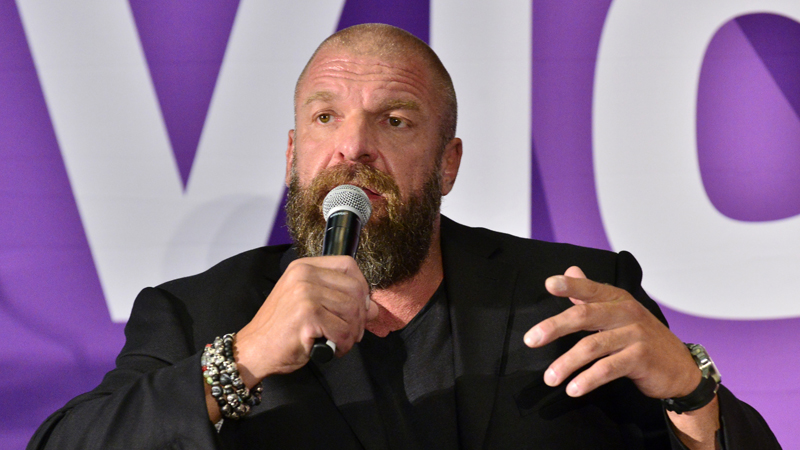 Triple H spoke with Sports Illustrated to promote Wednesday’s WWE NXT episode on the USA Network where he spoke about a wide range of pro-wrestling related topics.

In the interview, he talked about WWE Chairman and CEO Vince McMahon’s involvement with NXT. Here are the highlights:

Whether Vince’s influence in NXT is a positive or a negative:

“Everything that happens within WWE has Vince’s fingerprints on it,” he said. “There is no NXT without Vince. It wouldn’t exist without him. He wants NXT to be different, something for the more passionate fan base. It’s a darker, grittier feel, it’s different. He totally understands that. But he has no desire to be in the day-to-day operations. Vince has a lot of other things on his plate.”

“To be truly great at something, you make the competition in and of yourself. For me, the competitive juices are always flowing, but the greats don’t just rise to the occasion. If you’re truly great, you deliver all the time. The competitive nature of it, for me, is internal. As NXT has grown in the past five years, we’ve been on Wednesday nights and we’ve been doing TakeOvers. The challenge is competing among ourselves.”