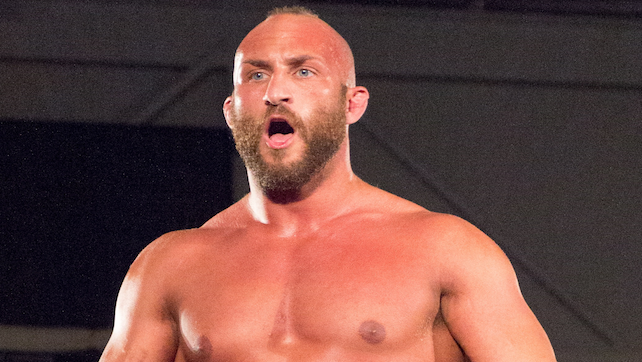 A scheduled match between Isaiah “Swerve” Scott and Roderick Strong quickly fell apart into chaos on Wednesday’s episode of NXT. As the match went on, The Undisputed Era made their way down, and after distracting Scott, Strong was able to land a knee to the head of Scott before locking him into a submission for the victory.

After the win, however, Adam Cole and The Undisputed Era made their way into the ring, where they taunted the NXT crowd and its superstars. Cole said that it is the dream of many to come to NXT to try and dethrone The Undisputed Era, which was all it took for Velveteen Dream to appear, much to the crowds chagrin. Dream appeared on a balcony overlooking the ring, and taunted Strong, using images of Strong with the NXT North American to mock the superstar.

As The Undisputed Era screamed at Dream, Tommaso Ciampa made his way out to the ring, dragging a crutch with him. After getting into the ring and sitting down, Ciampa grabbed a mic and simply stated that “daddy” was home. With the crowd chanting that back at him, The Undisputed Era were left with no choice but to leave the area.