HomeNewsThe Year Of The ‘YES’ Man: A Retrospect On Daniel Bryan In 2013 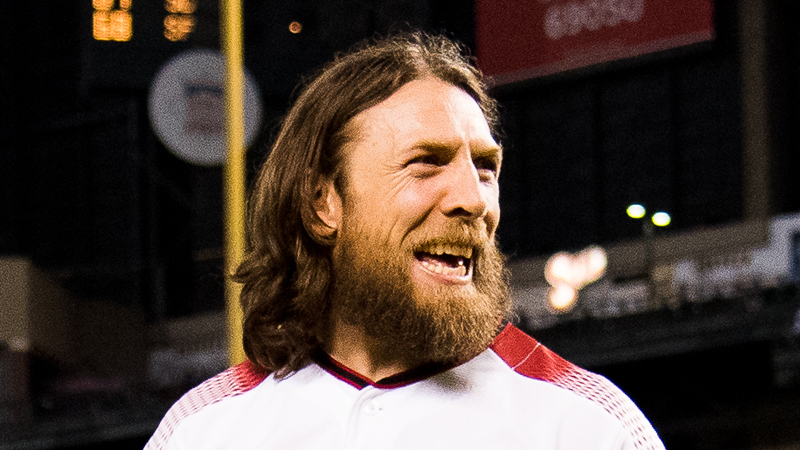 As 2011 was to CM Punk and 2016 was to AJ Styles, 2013 was to Daniel Bryan. But each of them were different in their own right. For CM Punk in 2011, it was about finding his voice and using the power of the microphone to speak his mind and take the ball and run with it like he never had before.

It led to WWE’s version of the Summer of Punk and an eventual 434-day reign as WWE Champion. For AJ Styles, it was a matter of rising to the top in unparallel fashion. WWE was quick to recognize the level of talent that he was and pushed him to the top within less than a year. But then again, he was never supposed to be there and he made the most of the opportunity.

For Daniel Bryan, it was the story of a true underdog. A man who was the prototypical “vanilla midget” indie wrestler who wasn’t supposed to make it big in WWE. Sure, he had a World Championship run at the end of 2011 till WrestleMania 28, but given that it ended in 18 seconds, it was clear that WWE was never really serious about pushing him to that level. But 2012 would be a game-changer of a year as he was the hot-headed heel who ended up getting into the most unusual pairing with Kane.

It all resulted from those anger management classes with Dr. Shelby and while the idea seemed ridiculous at first, Bryan and Kane’s chemistry proved to be on a whole other level. While they were a great comedy duo that was always entertaining on-screen, they were just as good in the ring and the size difference proved to result in some great matches.

It should come as no surprise that they won the tag team titles right off the bat. They would actually have a very good run with it that lasted a lot longer than people expected. Their momentum carried on throughout 2012 and into 2013, where they successfully defended their titles at WrestleMania.

However, The Shield were the up-and-coming faction that had their number and they would be the ones to dethrone them for the tag team titles not long after WrestleMania. Though the duo alongside Randy Orton managed to snap their undefeated streak, Bryan had taken the title loss very personally since he was the one who got pinned. This was what led to a rift between himself and Kane, despite the latter trying to constantly reassure him that he wasn’t at fault.

The clash of egos and the rift between the two was some of the best character work that Bryan had done in WWE up to that point and it was clear that he was gaining momentum. He even teamed with Randy Orton despite their differences and challenged The Sheild for the tag team titles unsuccessfully. Bryan had a match against Orton but it was called off due to nerve damage that Bryan suffered mid-match. When he did come back, he initially beat him via countout and then decisively in a street fight.

With a string of major wins, Bryan became the undisputed hottest superstar in wrestling at the time. He had gotten really over as a babyface and it impressed John Cena enough to handpick him as his WWE title opponent. In a very underrated SummerSlam main event, Bryan would defeat Cena clean to win the WWE title.

While Cena gave his endorsement, Triple H, the special guest referee, turned on him and allowed Randy Orton to cash in his Money in the Bank briefcase, ending Bryan’s short-lived coronation. It was a bitter moment that would propel Bryan’s popularity to new heights. It would kickstart the Authority storyline, one that would go on for nearly three years before concluding at WrestleMania 32.

Bryan’s chase for the WWE Championship was nothing short of phenomenal. When he won it, he was screwed out of it and became the biggest babyface, getting over in the most unintentional way. At this point, he was the top babyface of the company and watching him be put down by The Authority only increased his popularity. This was none more exemplified in December of 2013 at Seattle when John Cena and Randy Orton were having a big standoff to promote their World title unification bout.

In the ring were many former World Champions, including all-time greats such as Shawn Michaels and Bret Hart, among others. The crowd maniacally chanted for Daniel Bryan and only Daniel Bryan. It was easily one of the loudest moments of the entire PG era and a turning point in his career.