The Rock Reflects On Returning To WWE SmackDown

The Rock Reflects On Returning To WWE SmackDown 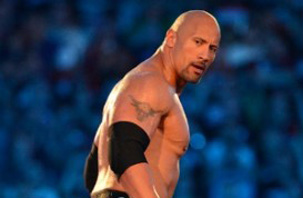 The Rock made a huge appearance at the inaugural WWE Friday Night SmackDown on FOX, helping kick off the celebration with a beatdown of Baron Corbin alongside Becky Lynch. Following the appearance, the WWE legend caught up backstage with the WWE, where he spoke about coming home once again, and how it felt to be at a SmackDown event.

“It always feels great to be home, you know, he said. “There’s no place like home, you know, and I’m very very proud, not only for the company, the WWE because it’s such a monumental moment being live on FOX, considering how long the company’s been around and considering my generation. So I really have a lot of joy that this is going on, but in addition to, possibly more important than the company, is I’m so happy for the WWE superstars and everybody in the locker room.”

The Rock went on to describe what this night would not only mean to the company, but for those in the locker room who had worked so hard to help the company get to this moment. “What tonight defines is yet another great opportunity,” he said. “And it’s another great opportunity for everybody in the back, in the locker rooms, the men, the women, who are scratching, clawing hard to climb that ladder, so it’s another awesome opportunity. Then I come around and just take about 15 minutes of airtime.” he jokingly said.