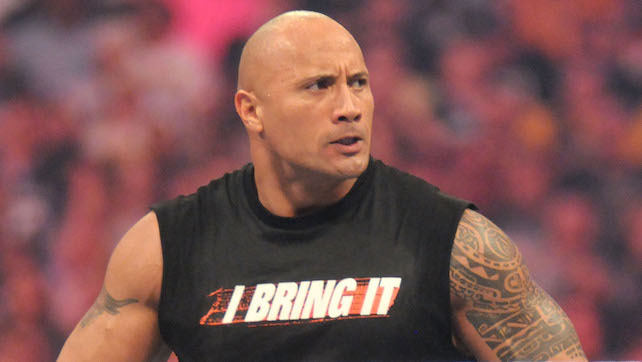 WWE Friday Night SmackDown’s debut kicked off with a huge bang, as The Rock and Becky Lynch delivered a classic beat down to Baron Corbin, much to the chagrin of the Staples Center crowd.

CAN YOU SMELL IT?!?!?!@TheRock is HERE on Friday Night #SmackDown on @FOXTV! pic.twitter.com/73sJhJbBT2

After Lynch made her way out to the ring to thank the crowd for showing up, Corbin quickly made his way to the ring, in an outfit fit for the King of the Ring. However, as Corbin and Lynch began to talk trash to each other, the Rock made his electrifying way out, berating Corbin with his trademark insults while getting the crowd involved as well.

After the back and forth between everyone, The Rock and Lynch got down to business, delivering a couple of hits to Corbin before setting him up for The Rock to deliver The People’s Elbow to Corbin. Once Corbin got up, Lynch landed a series of kicks to Corbin, which resulted in Corbin getting dropped again, thanks to a Rock Bottom from the people’s champ.

.@TheRock + #TheMan = the most ELECTRIFYING tag team in ALL of entertainment!!! ⚡⚡⚡⚡#SmackDown #SmackDownOnFox @BeckyLynchWWE @BaronCorbinWWE pic.twitter.com/FCXXZOTWeg