The Revival Lash Out At The Undisputed ERA, John Cena’s First 5 Title Wins

The Revival Lash Out At The Undisputed ERA, John Cena’s First 5 Title Wins 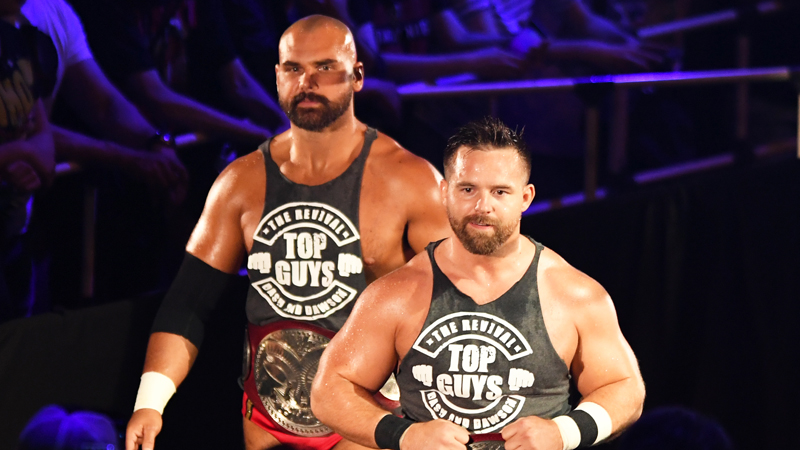 The Revival Lash Out At The Undisputed ERA

The Revival’s rematch against The New Day for the SmackDown TagTeam Titles ended in a no contest on this week’s episode of Friday Night SmackDown in Philadelphia, PA at the Wells Fargo Center on FOX. you can see them lash out at The Undisputed ERA here:

After the interference derailed their shot at reclaiming the SmackDown Tag Team Titles, The Revival are livid with The Undisputed ERA and believe they are ruining the NXT tag team division they worked so hard to build.

WWE’s YouTube channel has released this video of John Cena winning his first 5 titles in his WWE career:

John Cena is one of the most decorated Superstars in WWE history, but let’s go back to the start with his first five title wins, presented by the Audible Original “The 64th Man.”