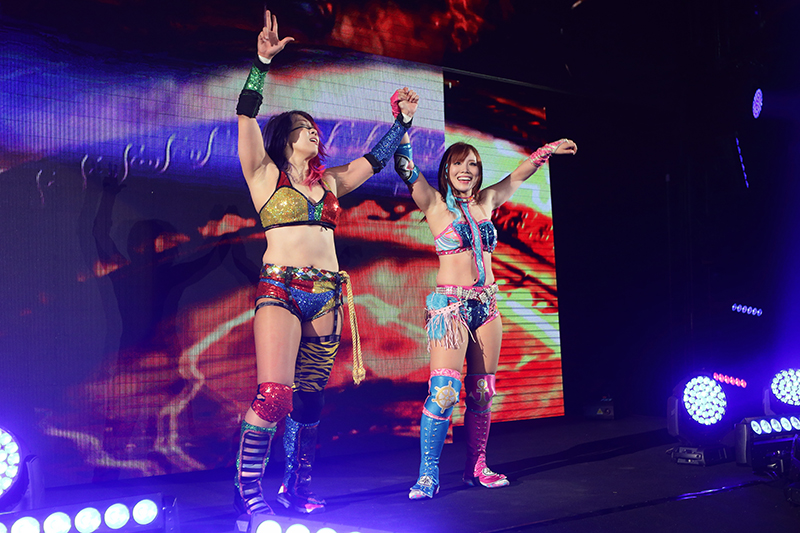 The Kabuki Warriors (Asuka & Kairi Sane) are the new Women’s Tag Team Champions after defeating Alexa Bliss and Nikki Cross at WWE Hell In A Cell.

The final moments of the match saw Nikki go for a tag, but Kairi pulled Bliss’ foot to prevent her from getting in the match. Bliss took her out with a somersault dive from the apron, then Nikki turned her attention to Asuka, who surprised her with a green mist spray to the face. Asuka followed by a kick to the head to pick the win and become the new champions.

Alexa Bliss and Nikki Cross’ first and only reign with the titles ends at 62 days. This is also The Kabuki Warriors’ first reign as tag team champions; Asuka and Kairi had respective reigns as NXT Women’s Champion, and Asuka also held the SmackDown Women’s Championship on one occasion.

Check out highlights from the match below:

The #KabukiWarriors are taking FULL advantage of this opportunity to take home the Women's #TagTeamTitles. #HIAC pic.twitter.com/x4y4fi9O8r