The Briscoes Will Face Luke & PJ Hawx At Glory By Honor

The Briscoes Will Face Luke & PJ Hawx At Glory By Honor 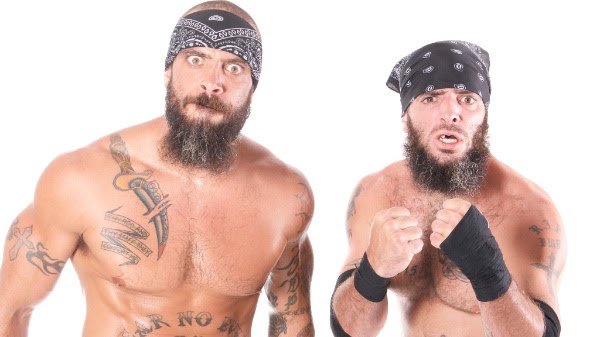 Friday, Ring of Honor announced that Jay and Mark Briscoe will face New Orleans natives Luke Hawx and his son, PJ Hawx, in a tag team match at the upcoming Glory By Honor event in New Orleans on October 12. According to the wrestling company, the ROH World Tag Team Championships will be on the line so long as The Briscoes can hold onto them by the time the match comes about.

After an exchange between Luke Hawx and Jay Briscoe in Mexico, Hawx challenged Jay and Mark to take on himself and PJ at Glory By Honor. Jay Briscoe quickly accepted, and now a match is on. The elder Hawx has been wrestling since 1999, and has made a handful of appearances in Ring of Honor over the years, including a big win over Adam Page during a ROH live event in 2014.

For more information on the upcoming show, check out below:

RELATED: Shane Taylor Promotions Is Open For Business: ‘I’m Going To Put That Control Back In My Hands’