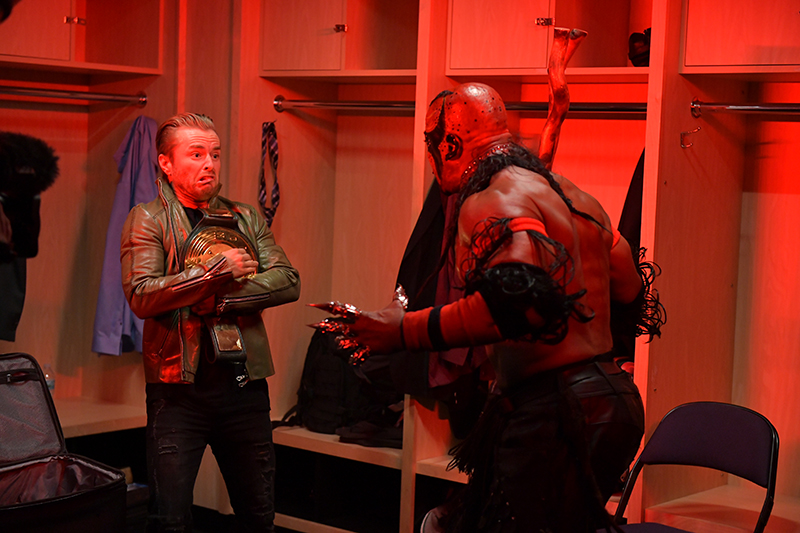 There must be something in the air this time of year. Just a day after broadcasting directly from The Bottomless Pit, the Boogeyman has emerged into WWE’s offices to terrify passerby in the entryway and stalk cubicles. Truly, this is a spooky trick to play on hard-working WWE employees. Let’s hope they at least got a handful of worms for their troubles.

.@realboogey emerged from The Bottomless Pit for another terrifying tour of WWE's offices just in time for #Halloween! pic.twitter.com/ogA3Hap286

WWE isn’t the only wrestling organization with spooky creepers in its past. IMPACT made a special Halloween posting just to remind everyone they possibly can that Rellik is indeed Killer spelled backwards. Some say that the masked man still haunts the Impact Zone to this very day.

Did You Know: Rellik is Killer spelled backwards!