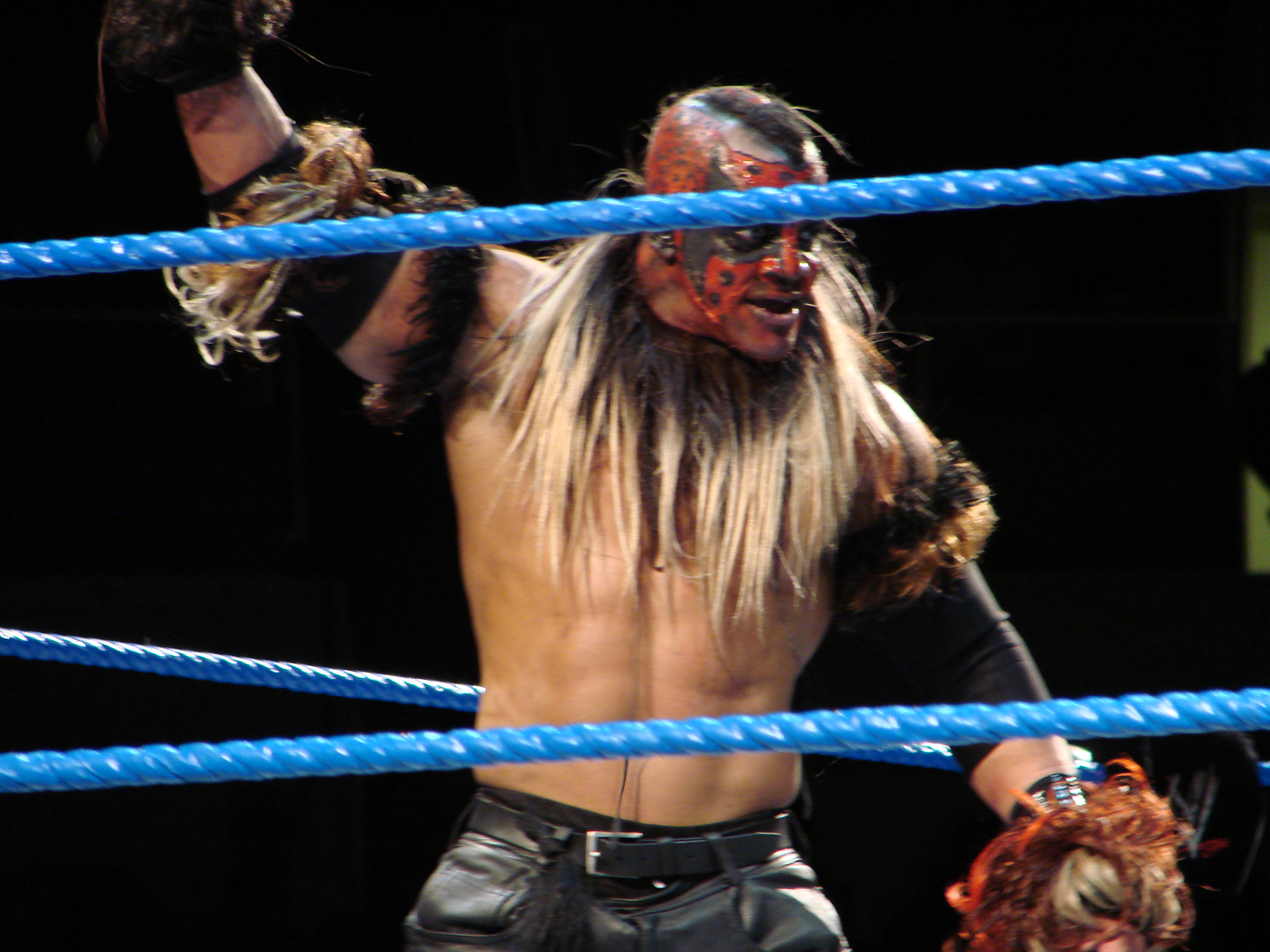 The Boogeyman is a weird dude. In his heyday on SmackDown and ECW, he did everything from eating worms to ripping “moles” off of faces. Since then, he’s popped up occasionally backstage at WWE shows to fetch sandwiches, recite nursery rhymes and generally cause unrest. He is an agent of chaos in an already chaotic world, and we wouldn’t have it any other way.

It seems that backstage in the WWE Universe is WWE’s YouTube channel and the man who eats worms has decided to grace us with his presence. Billed as a broadcast direct from The Bottomless Pit, over three hours of The Boogeyman staring deep into your soul and rambling about various topics now exists in video form. For all my misgivings about modern-day WWE, I’m deeply grateful that they’ve produced this.

Over the course of the livestream, Boogeyman tells stories about his WrestleMania encounter with Booker T, sings songs on the guitar, plays with Jinx the cat (who assumedly also lives in the Bottomless Pit), and poses with the Universal Title. He also occasionally reiterates repeatedly that he loves Lay’s Potato Chips. It’s all really great.

The champion we all deserve. pic.twitter.com/6QZTHtxapg