HomeNewsThe Art Of A Match: Why The 1st Hell In A Cell Match At Badd Blood 1997 Remains The Greatest Ever

The Art Of A Match: Why The 1st Hell In A Cell Match At Badd Blood 1997 Remains The Greatest Ever

The Art Of A Match: Why The 1st Hell In A Cell Match At Badd Blood 1997 Remains The Greatest Ever 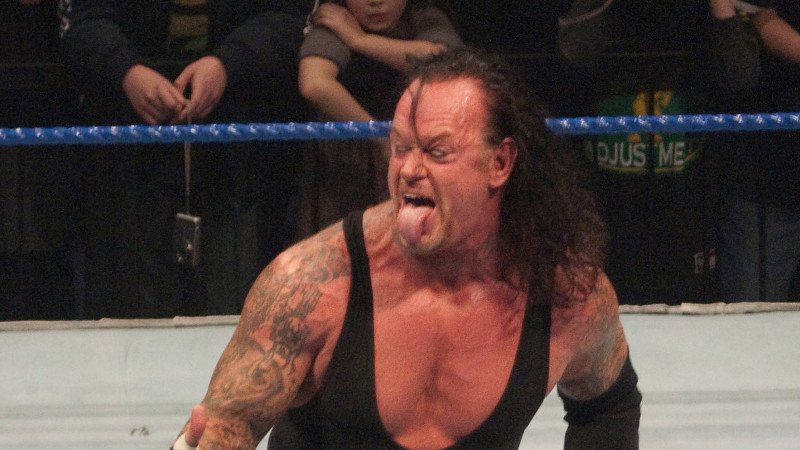 Hell In A Cell is one of WWE’s most common stipulations today. It’s become a part of programming and over the years, it eventually turned into a PPV in itself, with storylines being centered around Hell in a Cell rather than the stipulation being used only for the most intense rivalries.

When the stipulation was first introduced in 1997, there was a lot of intrigue. Nobody expected that it would end up becoming one of the most iconic stipulation matches in WWE history. Up to that point, even steel cages weren’t as advanced as they were going to be. The Hell in a Cell match presented a very interesting prospect and they had the two perfect superstars to do it – The Undertaker and Shawn Michaels.

After their two legendary WrestleMania matches in 2009 and 2010, we’re all well aware of the chemistry they have in the ring. But that wasn’t even their best match together. It was late 1997 and Bret Hart was the reigning WWF Champion. The Undertaker faced him in a blockbuster SummerSlam main event, also featuring Shawn Michaels as the special guest referee.

Michaels would cost The Undertaker the match after accidentally hitting him with a steel chair – a shot originally meant for his arch-rival Bret Hart. However, he inadvertently helped Hart win the match and the immediate spinoff was a Michaels-Undertaker feud. Their first match at Ground Zero ended in a No Contest, but it was a brilliant match and finish.

DX did their best to help Michaels win but all of the chaos led to referees being attacked and for one of them to declare it a No Contest. It resulted in the roster coming out to calm the storm and at the end of it, The Undertaker was standing tall. To establish a clear-cut #1 contender, WWE needed the two men to battle it out alone, preferably in a place where nobody could interject – and that was Hell in a Cell.

Badd Blood 1997 was the PPV and to be honest, apart from the main event, the entire PPV in itself was quite average. Since Bret Hart didn’t have a challenger, he was in a tag team match while Michaels and The Undertaker battled it out in the main event. Little did people know that they would experience a match unlike any other before.

While The Undertaker has an entire catalog of all-time classic matches now, back in 1997, he still hadn’t built up a solid in-ring resumé and it was easily his best effort and match of his entire career at that point. As for Michaels, he was the best in-ring performer on the planet, so not much needs to be said over there.

The match captured everything that one could expect from a brutal stipulation. It had blood, it had high spots, psychology and the most incredible finish. For weeks leading up to the match, Paul Bearer had warned The Undertaker that Kane was alive and would be coming to get him. There was only one tease when the red lights flared but at the main event of Badd Blood ’97, he would make what many consider the most iconic debut in WWE history to date.

Firstly, the commentary was off the charts. After Michaels took a whole lot of punishment and The Undertaker was ready to finish him, the red lights would flair up and Paul Bearer came out with a masked man in red. That was when Vince McMahon made the iconic call “That’s gotta be Kane!”. In perhaps the most intimidating debut ever, he would rip apart the cage door and enter the ring, assaulting The Undertaker before leaving.

Shawn Michaels would take advantage of this and beat the Undertaker. As per the stipulation, Michaels officially became the #1 contender to Bret Hart’s WWF Championship – where he would get his title shot at the infamous Survivor Series 1997 PPV. The night of the first Hell in a Cell also began the long, storied rivalry between the two brothers The Undertaker and Kane.

It would be a legendary feud that would even result in two WrestleMania matches over the years and many wars fought against each other and together. The importance of this match simply can’t be understated. The brutality of the cell was seen for the first time and fans got a glimpse of what to expect.

Yet, there has never been a Hell in a Cell match that has come close to topping this one. Perhaps The Undertaker and Shawn Michaels simply had too much chemistry together – chemistry that simply couldn’t be matched. Either way, it’s a match that every fan must check out because it’s truly one of the greatest of all time.