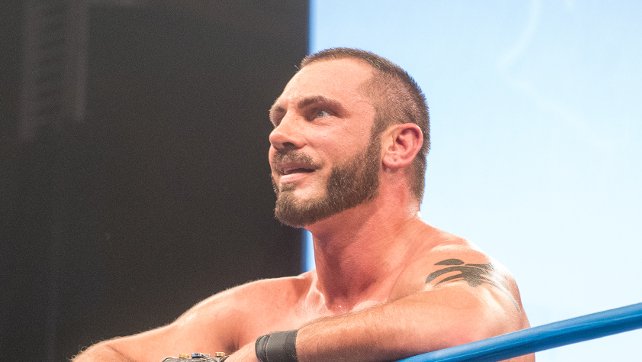 Austin Aries vs. Teddy Hart for the World Middleweight Championship for MLW: Saturday Night SuperFight has been announced by the promotion.

The following was sent out:

For months #1 ranked middleweight Austin Aries has called out World Middleweight Champion Teddy Hart promising to dethrone the champion as Hart nears the one year mark of his title reign. Now the two will finally go to war live on PPV November 2.

Aries returned to MLW June 1st in Milwaukee and is undefeated in the league with wins over Brian Pillman Jr., Adam Brooks and Ace Austin.

Earlier this week Hart was cleared by a Calgary doctor to return to the ring under the protest of the league’s physician Dr. Sweglar.

There is speculation Hart refused further testing and insists he has no spin/neck pain.

Is Hart risking permanent injury by rushing back to the ring to defend the title? If Aries hits the brainbuster at Saturday Night SuperFight, we very well could see a new champion crowned.

Hart vs. Aries for the World Middleweight Championship – see it LIVE November 2 live on PPV!