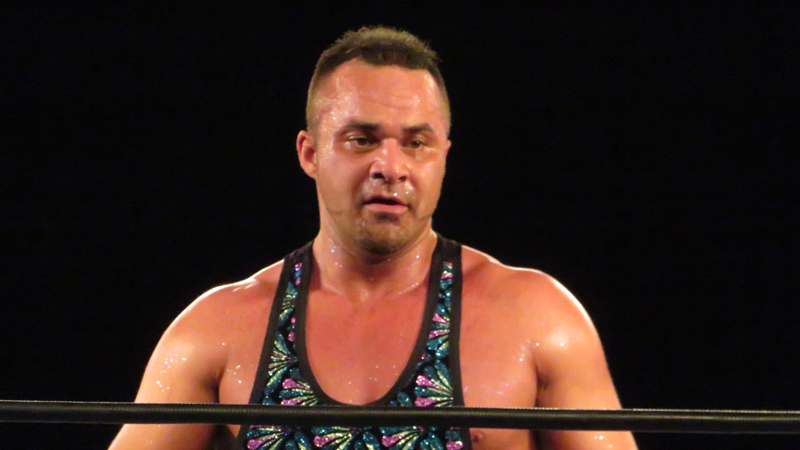 MLW announced on Wednesday that World Middleweight Teddy Hart vs. Myron Reed has been added to MLW: Blood & Thunder. the following details were released:

Fresh off of an incredible championship clash against Austin Aries, Teddy Hart will defend the belt for the second time in 7 days this Saturday night as he takes on the newly minted #1 ranked Myron Reed.

For almost a year Teddy Hart has conquered all in the middleweight division.

Legacy is everything to Teddy Hart. It defines his family, his hopes and his goals. For Teddy Hart making history as the longest reigning World Champion in league history is a milestone unlike any other.

Approaching the one year mark of his World Middleweight Championship reign this December 14th, Teddy Hart hopes to clean out the 205 pound and under division. Having defeated the likes of Jimmy Havoc and most recently Austin Aries, only one contender remains: Myron Reed.

Emerging this year as part of the Injustice movement, Reed alongside Kotto Brazil and Jordan Oliver have been critical of perceived biases against them in the league while highlighting cultural and societal issues. Some have labeled Injustice heroes while others have been open in their disgust for their conduct. Perhaps it comes down to context and your outlook. One thing you can’t debate is Myron Reed’s talent.

The Louisville middleweight has been one of the most impressive athletes in the 205 pound middleweight division combining aerial attacks with a vicious tenacity.

League officials have confirmed that this title bout will air on MLW FUSION on beIN SPORTS Network on a live delay this Saturday night.

With Reed circling championship gold, will Teddy Hart be able to vanquish the #1 ranked challenger in the division and pave the way to reign as champion for a year? Find out live November 9 when MLW returns to Orlando.