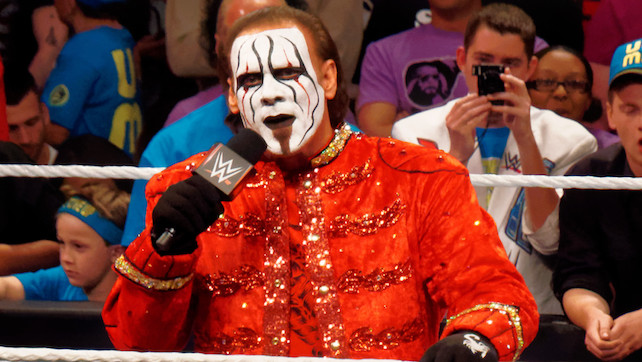 2014 was a very interesting year for WWE. The Authority had been over a year in power and was the most dominant part of WWE programming. While some were sick of it, there were positive aspects of it as well. Seth Rollins was the fastest rising star in the company at the time and was fresh of a heel turn after splitting from The Shield.

The storyline was basically that The Authority was going mad with power and began to fire people for simply speaking up against them. To combat this, John Cena led a team comprising of superstars that were against The Authority. On the heel side, it was the superstars representing The Authority, led by their golden boy Seth Rollins.

The match stipulation made it all the more intense. If Team Cena won, The Authority would be out of power (with only Cena having the power to reinstate them). Moreover, a win for their team would mean that the fired superstars would be rehired. However, one of the odd names in the team was Dolph Ziggler, who didn’t have too much momentum going for him at the time. It was clear that Roman Reigns was supposed to be in that spot (as he was getting the biggest push in 2015 anyway) and would have been the savior of the team.

Due to his injury, he was out for a while and would only return later on. The Show Off was a direct beneficiary of this, but it would take a lot of adversity to overcome. There wasn’t any title required and the fans were invested simply because they desperately wanted to see the end of the authority.

It was a very back and forth match-up, with each team getting one elimination apiece and tying things up. However, the big twist came when John Cena, the team captain, was eliminated before The Big Show or even Dolph Ziggler. The reason for this? The Big Show’s heel turn where he knocked Cena out and allowed Seth Rollins to pin him. As a result, Big Show walked out himself and got counted out, leaving Ziggler in a 3-on-1 predicament.

This would lead to one of the many shining moments of Ziggler’s career where he had to overcome the odds in a big way. He managed to eliminate Kane and Luke Harper in two minutes, but it was clear that Seth Rollins had a major advantage over him. This was heel Rollins reaching a new level and fans despised him for it.

There was only one time in Ziggler’s career where fans wanted him to win so bad and this was another such moment. For all the criticism that he’s good and all the booking inconsistencies, he has had a few such magical moments where the crowd is behind him and were constantly on the edge of their seats. In this case, Ziggler was all but done and Triple H found himself confronted by the debuting Sting – who naturally got the biggest pop of the night. His appearance was simple – he confronted Triple H, attacked him and put Ziggler over Rollins’ corpse, allowing him to get the pin and win.

The crowd was deafening after this and Ziggler retreated to the ramp where he was met and congratulated by his team captain John Cena. He was riding the wave of momentum in just a matter of an hour and Survivor Series ended beautifully – with the crowd singing “Na na na na na na na na! Hey hey hey! Goodbye!” to Triple H and Stephanie McMahon, who were visibly incensed and emotional.

It was undoubtedly one of the greatest Survivor Series editions of the decade with a fantastic main event. The storytelling was off the charts and one can only wonder what would have happened had Roman Reigns been in that spot.