HomeNewsSteve Austin Says You Might See Another Match Out Of Him

Steve Austin Says You Might See Another Match Out Of Him

Steve Austin Says You Might See Another Match Out Of Him 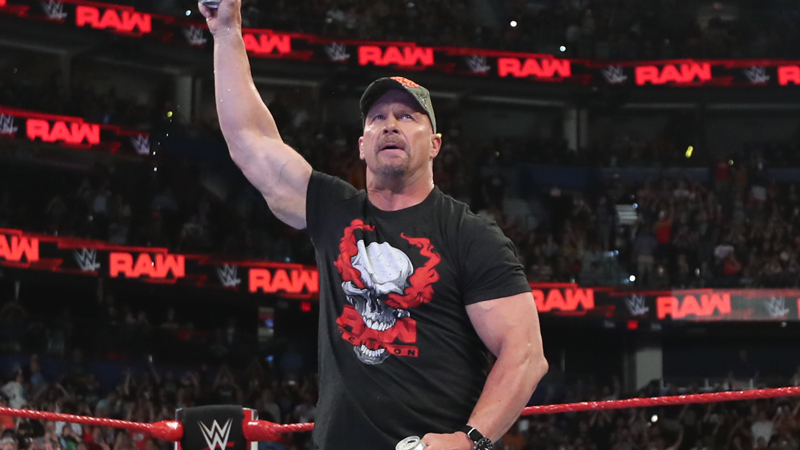 On Tuesday’s episode of Steve Austin’s self-titled PodcastOne show, The Steve Austin Show, the legendary WWE superstar reflected on his final match in his career, which took place at WrestleMania XIX against Dwayne “The Rock” Johnson in 2003. Since then, Austin has made tons of appearance at WWE events, but hasn’t wrestled in a match.

However, Austin did note in the episode that the possibility of him returning to the ring isn’t closed. According to Austin, the sheer amount of people asking him about returning during the week when Monday Night RAW was in New York City has him thinking about what it would be like to jump back into the ring.

“For the last couple of weeks, down there at the RAW reunion in Tampa, down there at the Madison Square Garden show at Monday Night RAW – people always ask me, ‘Hey man, you’re still in really good shape. You got one more match left in you?’,” he said. “And I tell them, ‘Man.’ I say, ‘You know, it’s a tough thing to think about.’ Physically, would I be able to have one more match? Yes, most definitely, and I could make it to that match without being injured. Although the risks are always there, just because I think all of the surgeries, I had… where I had the spinal stenosis, and getting that bone spur taken off my spinal cord – I’m in a good place. Nerves are feeling a lot better than they use to. So, you know, in theory, could I have a match? In theory, yes.”