HomeNewsStephan Bonnar On The Appeal Of UWFi Rules Matches, Collaborating With Your Opponent 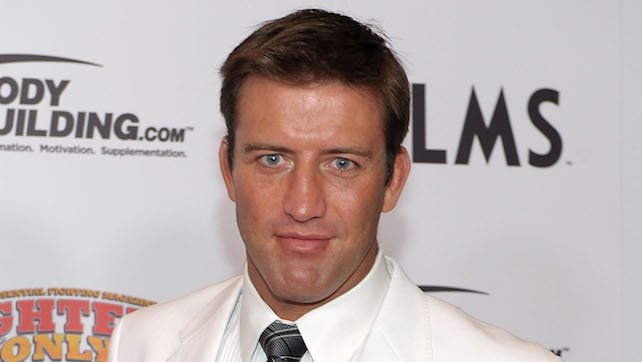 Stephan Bonnar recently spoke with Wrestlezone’s Kevin Kellam ahead of his match for Paradigm Pro Wrestling on November 15. Bonnar, a UFC Hall Of Famer, will face off with “The One Man Militia” Matthew Justice, a former developmental talent for WWE who currently holds titles for Paradigm as well as Absolute Intense Wrestling, and Blackcraft Wrestling.

The event will be held under Japanese-style UWFi (Union of Wrestling Forces International) rules, a hybrid of traditional professional wrestling and mixed martial arts, where matches can only be won via knock-out, TKO, or submission. Bonnar spoke about the transition from MMA to pro wrestling, noting that it’s not that much different except for focusing more on the crowd instead of tuning them out.

“You’re just collaborating with your opponent, rather than countering everything. That’s really the main difference. I mean, all my fights, whether it be the Golden Gloves in Chicago, whether it be the Ironheart Crown at the [Hammond] Civic Center—they were always exciting, I got the crowd going.” Bonnar said. “Now that’s the whole point of it. Slow it down, you collaborate and you pay a little more attention to the crowd, instead of just letting the crowd disappear like it did during a fight.”

Bonnar spoke about competing under UWFi rules at events like Natural Born Killers in Las Vegas and Josh Barnett’s Bloodsport, citing how popular the shoot-style events are. Bonnar says it’s a trending style that the fans are asking for, and the appeal comes from it being another ‘genre’ of wrestling, which is already a worldwide phenomenon. Bonnar talked about different crowds he’s faced in different regions across North America, noting how each show ‘has its own flavor’. “Each organization it’s own style, and each promoter is asking you to tell a different story.” Bonnar said. “It’s stimulating because of the variety, there’s so much. Yeah, the shoot style is popular, but so is the intergender match, so is the deathmatch.”

Unlike at #UFC244, there will be no doctor stoppages when UFC Hall of Famer @StephanBonnar faces @ThrashJustice on Friday, November 15th in Jeffersonville, IN! Just two fighters going to war!

Despite gaining worldwide recognition through UFC, Bonnar says he always knew he’d be a pro wrestler before he ever had dreams of being an MMA fighter and talks about how he eventually got into fighting.

“As a little kid growing up, I remember—I think I was in fourth grade or something—a teacher going around the room and you had to tell them what you were going to do. Other kids went ‘Oh, I want to be a policeman, a doctor, a fireman.’ Me, ‘a professional wrestler!’ ‘No Stephan, that’s unacceptable, you have to pick a real job.’ That’s actually what the teacher said to me.” Bonnar said. “Then all of a sudden in the ’90s—’93 or ’94—I remember I got the VHS tapes of UFC. And I fell in love with that. I always loved martial arts, fight scenes, I’d done a good amount of stunt work in movies. I mean, it’s similar. It’s all fight scenes together, choreographing fights. We had a dream job on that movie I did, Supreme Champion, there’s one scene I got to choreograph myself, and it looks really awesome. Hard-hitting, realistic, and now I get to do that in pro wrestling. But, at the same time, you got to give the fans what they want.”

Get tickets for the event at http://PPWGrandPrix.Eventbrite.com; our full interview with Stephan Bonnar can be heard below: