HomeNewsSonya Deville: ‘I’m Not Afraid Of The Critics And The Haters’

Sonya Deville: ‘I’m Not Afraid Of The Critics And The Haters’

Sonya Deville: ‘I’m Not Afraid Of The Critics And The Haters’ 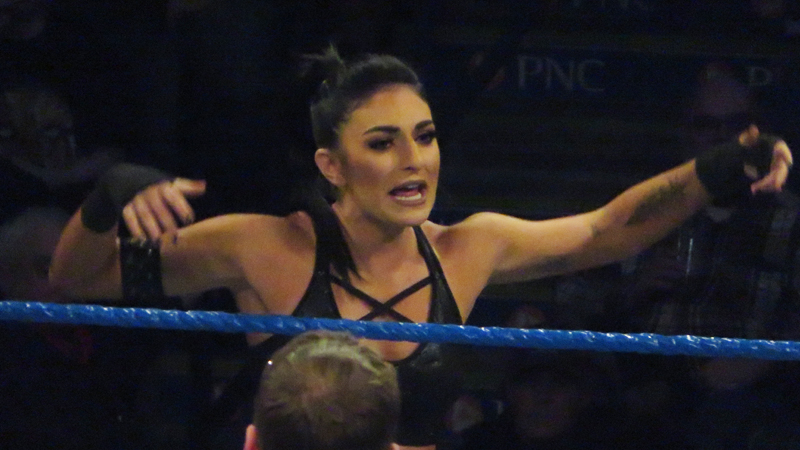 WWE Superstar Sonya Deville recently sat down with Local Los Angeles CBS affiliate KCAL about being a LGBT superstar and dealing with adversity in both her life and her career. Check out the highlights below.

When she realized she was interested in women instead of guys:

I dated guys up until I was probably 18 or 19. And then I actually was producing an independent film and in South Jersey. The basis of the film was an LGBTQ script where two women fall in love, and I ended up playing the lead. And the girl that I cast opposite me ended up being my girlfriend, and art kind of imitated life. We ended up kind of playing out the story and moving to LA together. That was my first real relationship with a female.

On if she wants her sexuality to define who she is:

No, no. It’s definitely one piece of Sonya’s puzzle. I don’t want it to define me, and I don’t want it to take away from my career and what I’m capable inside of the ring. At the end of the day, I’m an athlete. I’m a performer, I’m a former mixed martial artist. I represent equality for all and in every other way.

Balancing a heel gimmick with representing the LGBT community:

Sonya, at the end of the day is a fighter, right? She likes to kick ass. She likes to get in there and take names and she sometimes does take unorthodox measures to get there. So if that’s what you consider a bad guy, then yeah, Sonya’s bad. But she also is someone who represents equality, and that’s something that’s very close to my heart and something that, whether I’m a good guy or a bad guy, I’m always going to represent, because the really cool thing about WWE is there’s always a larger message. There’s so much more to our job than just what you see inside of the ring.

If she is ever concerned with getting negative reactions from conservatives in the crowd:

On testing her relationship on the show ‘Total Diva’s‘ and putting her personal life in the national spotlight:

Me and my girlfriend, Ariana, we were only, I don’t know, four or five months into dating when Total Divas came about. So we were still pretty new in our relationship. So originally Ariana didn’t want to do the show. She’s not about the glitz and the glam, and she didn’t date me because I was WWE superstar. It was actually one of the downfalls of her dating me. She didn’t like all the attention and the publicity. So she decided not to do Total Divas. Then a couple of weeks later, we kept talking and she decided that to miss out on our relationship and how much we cared for each other just because of a show would be silly. So she agreed to do it with me, and it ended up being a really fun experience that we got to share together. Now we have memories of the beginning of our relationship kind of documented for eternity.

Check out the full interview here and let us know what you think of Sonya in the comments below.