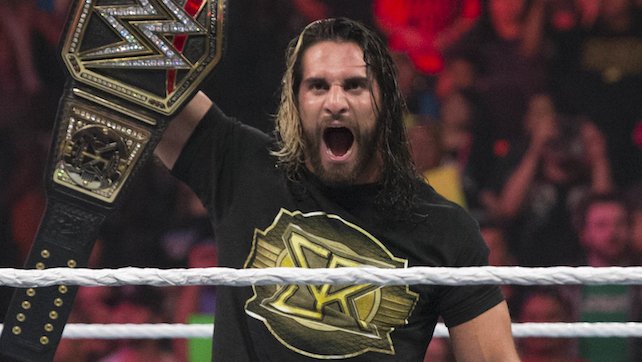 It was a bad day for both a skunk and Seth Rollins, as a freak mishap caused Seth to cancel his plans to appear on the Busted Open podcast. As described by Rollins, a plane hit said skunk on the runway, causing a smell so strong that the pilot took the plane back to the gate. Seth ultimately had to cancel his plans due to flight heading off track.

Won’t make it on this morning guys! Super sorry and I’ll make it up to ya. Travel days can be a doozy sometimes and today has been one of those!

Unfortunately, the skunk died before anyone could determine why it was on the runway, although prevailing theories suggest it could have seen a picture of Seth Rollins from his NXT days and assumed they were related.

NXTUnited is the group of NXT superfans who frequent NXT tapings across Florida from Full Sail to Ft. Pierce. They’ve recently become more organized, holding official meetups at nearby restaurants that have gotten the attention of NXT stars. After a visit by Triple H a few weeks ago, both Angel Garza and Arturo Ruas stopped by to say hi to the fans.

Thank you @AngelGarzaWwe for stopping by our after party and spending time with your fans! We ❤️ having you in @WWENXT and fully support #PutTheTitleOnGarza! #WeAreNXT #NXTUnited #WWENXT #NXTonUSA pic.twitter.com/BNIh5RdJzg

#NXTUnited is all about TECHNIQUE. Thank you @arturoruaswwe for coming out to @MillersAleHouse tonight and talking to us @WWENXT fans!

RELATED: Triple H On Not Wanting NXT To Be Like RAW Or SmackDown

Beth Phoenix has posted a quick snapshot of her husband Edge under the mask as DC villain Atom Smasher on the set of The CW’s The Flash. Atom Smasher has both super strength and the ability to grow at will, which makes the tall WWE legend a perfect fit in the role.

In addition, WWE Crown Jewel headliner Cain Velasquez got a pair of new shirts before his upcoming clash with Brock Lesnar.