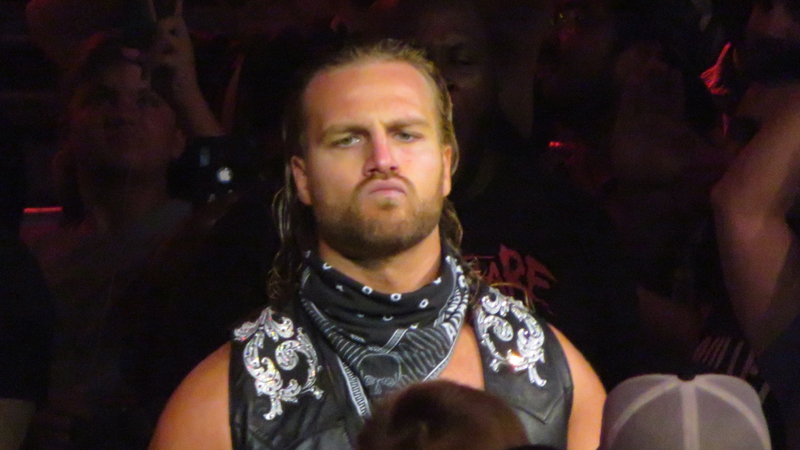 This edition of the Social Roundup starts on a somber note. Yesterday, the wrestling world had to say goodbye to Hunter Horse Helmsley. The horse was integral to “Hangman” Adam Page’s entrance during his title match against Chris Jericho at All Out. Named Stoney outside the wrestling arena, may AEW’s own HHH rest in peace.

Hello. I wanted to let you know that Hunter Horse Helmsley, or Stoney as he was known by his family, passed away this week in Wisconsin. May he gallop eternally through the great pasture in the sky. pic.twitter.com/RgzKzYjur8

While Bray Wyatt’s dual gimmick has suffered greatly since Hell in a Sell, but it still seems to be a merchandising coup for WWE. Their shop division has put a collector’s box out centered around the Wyatt Gym episode of the Firefly Funhouse. Limited to 1,000 units total, the $50 includes a Huskus The Pig Boy shirt, a poster detailing the memetastic dance routine, an autographed Fiend photo, and several Wyatt Gym accessories for your next leg day.

The NEW limited-edition #WyattGym collector's box has everything you need to be a real "Muscle Man"! @WWEBrayWyatt https://t.co/jfXoVviZhT

EVOLVE is letting fans pick who Evan Bourne will face on November 9 and 10 at their Brooklyn shows. Voting is being conducted on Twitter, and fans can pick from Anthony Greene, AR Fox, Anthony Henry, and Leon Ruff. AR Fox is currently winning the vote, which will close just before tonight’s episode of Monday Night RAW.

We are letting you pick who Evan Bourne will wrestle when he is re-bourne in EVOLVE on 11/9 in Queens & 11/10 in Brooklyn.

Vote now and we'll release results at the beginning of #WWERaw

'Captain Charisma' @Christian4Peeps took @Akbar_Gbaja to Promo School as he showed him, and the @WWE Universe, that he's still got it. #WWEBackstage pic.twitter.com/n35oduVfFh