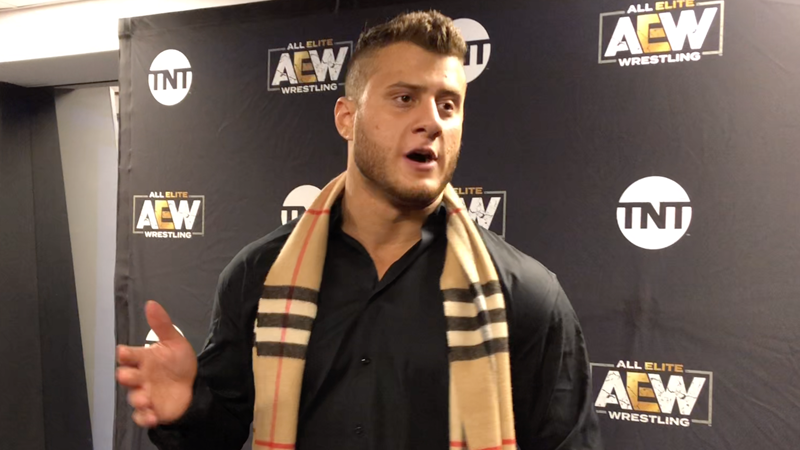 The entire All Elite roster is preparing for Full Gear tomorrow with some travel but only everyone’s favorite misanthrope MJF can really find joy in flying. Thankfully for him, Orange Cassidy is a live and let live type of guy. Of course, Jungle Jack isn’t going to let MJF get off so easily.

Wait, was that you doing that on my flight too? https://t.co/xVO5awTqGA

I would reach out to MJF for his thoughts on why he hates airplane seats so much, but I’ve seen how he treats people in the media.

Over on The Kelly Clarkson Show (a place I’d very much like to see MJF), Hollywood darling John Cena made a surprise appearance to meet and/or scare South African rapper Sho Madjozi. Sho has written a song about John Cena, and it’s a joy to see her reaction to meeting an inspiration when she wasn’t expecting it.

Thank you @KellyClarksonTV @kellyclarkson for an amazing moment and what an honor to learn @ShoMadjozi story and how @WWE could inspire an artist around the world. Do your best to be your best, because you never know who’s watching or how they’re affected. https://t.co/dckbtAeGYh

Former WWE Champion (remember that?) Kofi Kingston talks about his tour of Etihad Stadium in Manchester. He came away with some sweet sneakers for his collection and a customized jersey that he refused to show off because it was too cold. Maybe next time.

For a few days after SmackDown this last week, WWE Raw was without a world champion due to both the Universal and WWE belts being on the show. WWE List This has put out a video covering the OTHER times this has happened, including plenty of Draft moments and some other fun memories.