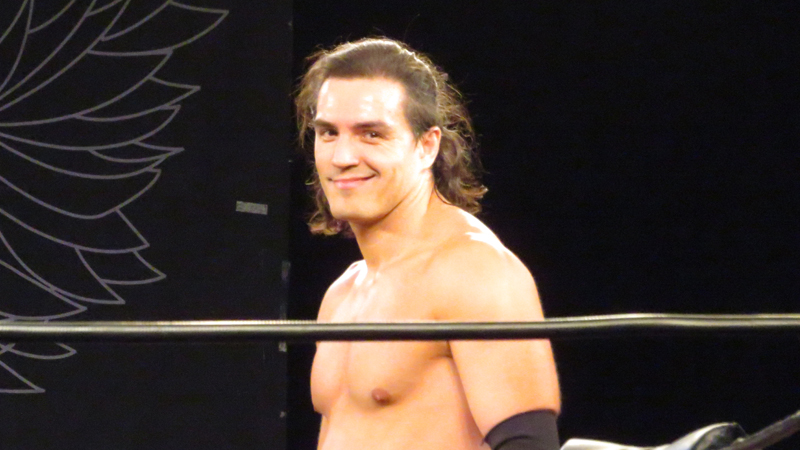 Mick Foley fired off his “Nice Day” Tour yesterday in Buffalo, NY as the Hardcore Legend is celebrating 20 years since he released his infamous New York Times Bestseller Have A Nice Day! autobiography. Foley didn’t come alone however as he had RJ City open the show for him (RJ was not pulled from the event). City opening for Mick also dispels any rumors of RJ being Foley’s fourth face.

The XFL revealed who their announce teams will be once the league kicks off in February of 2020 and ESPN made it “good for the brand” with Pat McAfee as the former NFL punter will join Steve Levy and Dan Orlovsky in the booth for their weekly airing of games.

AEW Dynamite will have it’s second episode air tonight and it’s a real big one for Jimmy Havoc and Darby Allin. The two wild cards will face one another tonight with the prize being an AEW World Title shot next week against Chris Jericho. Havoc went on social media to share how tonight is his biggest night of his career:

is the biggest match of my career… so far. One of us goes to Philadelphia next week to fight Jericho for the

Championship. I’m ready for a fight.

Tonight @AEWonTNT is the biggest match of my career… so far.

One of us goes to Philadelphia next week to fight Jericho for the @AEWrestling Championship.

I’m ready for a fight. pic.twitter.com/7y8OkC5UfU

Eddie Kingston showed up with his mentor Homicide on the debut episode of NWA Powerrr this week, but Kingston had a lot to say on Twitter as well. Kingston may be in wrestling to fight, make money and win titles, but he was also ready to give props to the future talent in the business and included names like Mance Warner and The Street Profits:

Thanks everyone and shit for me and my mentor Homicide on @nwa but guys like @starkmanjones @ManceWarner @Brodyxking @RealJeffCobb @GoGoMyles @JoeGacy and I may not like them but @AngeloDawkins @MontezFordWWE are the future. I'm just here to fight and make money and win titles.

Daniel Bryan may be chanting “Yes!” today in his den as he eats a slice of vegan carrot cake to celebrate the master of his move’s birthday. Gene LeBell turned 87 years old today. MMA fighter Paul Lazenby shared his well wishes to the legend on Twitter: