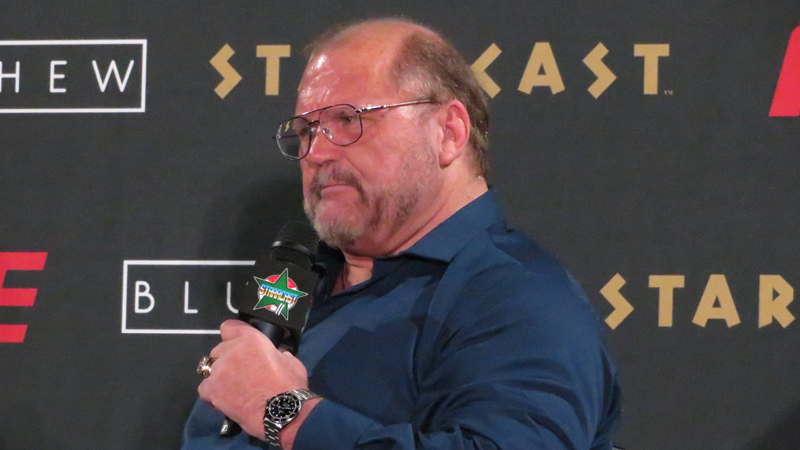 Heavy Machinery showed their presence on SmackDown, but unfortunately for Tucker, he might have to get some new gear. “The Blue Collar Boy’s” car was broken into and the thief took his items. Tucker knows who to lean on, however and gives a shout-out to his boy, Otis.

If anyone sees some of my gear up for sale online please let me know. Terrible way to end what was otherwise I nice trip to San Francisco.

If you haven’t heard, the highly anticipated “Arn” podcast with Arn Anderson and Conrad Thompson just dropped yesterday morning and should be available on most major streaming platforms by now, but if you having got to “Enforce” your ears with some quality content, you can listen to the first episode HERE.

🚨IN CASE YOU MISSED IT🚨
Over the next few days all of the third party platforms (iTunes, Google Play, Spotify etc) will begin to carry #TheArnShow

For now, go to https://t.co/TxDbkagve8 to enjoy the show. pic.twitter.com/ch6RJqfQIt

“The Vessel Known As Matt Hardy” has had many personas and has had quite the array of titles held in WWE. The company was sure to document those wins in a recent video on their YouTube channel:

Matt Hardy is one of the most decorated Tag Team Champions of all time and has also held several singles titles. Relive all of Matt’s championship victories from his incredible career.

In another WWE video shared, Roman Reigns gets to the details behind his ink and what it means to his family’s Samoan heritage.

During an interview with Inked magazine, Roman Reigns gets candid about how his tattoo represents his family and culture and why it’s important to him. The new issues of “Inked” is available on newsstands and inkedshop.com now.