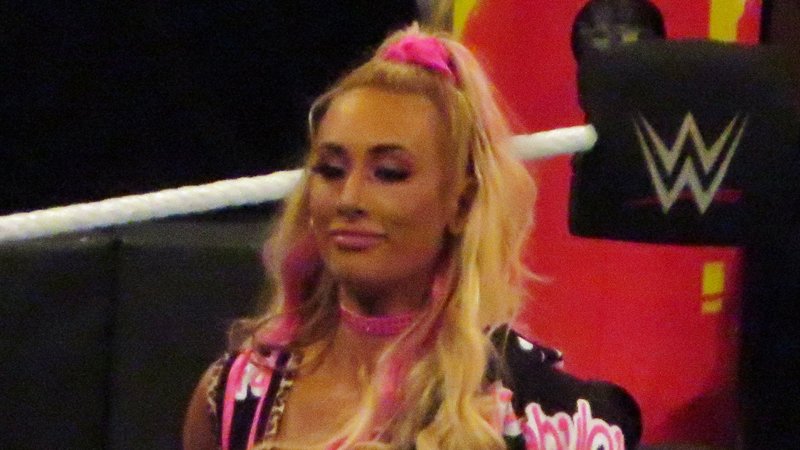 In addition to the previously announced face to face between Daniel Bryan and Roman Reigns, WWE has additionally confirmed that The Boss N Hug Connection will be facing Carmella and Charlotte Flair in a tag team match on tomorrow’s final edition of SmackDown for USA Network. This stems from Carmella coming out to assist Charlotte in a brawl last week, as well as Carmella’s former friendship with Bayley.

Also on the show will be Kofi Kingston sitting down for an interview concerning Brock Lesnar’s recent challenge.

Not only is next week’s episode of WWE’s blue brand the first episode of SmackDown on FOX, but it’s also the 20th anniversary of the show. To celebrate, WWE will air a “Where Are They Now” SmackDown 20th anniversary special on the WWE Network this Sunday at 8 PM Eastern. There are no available details as to who will be highlighted on the special, but it should be a fun trip down memory lane for long-time WWE fans.