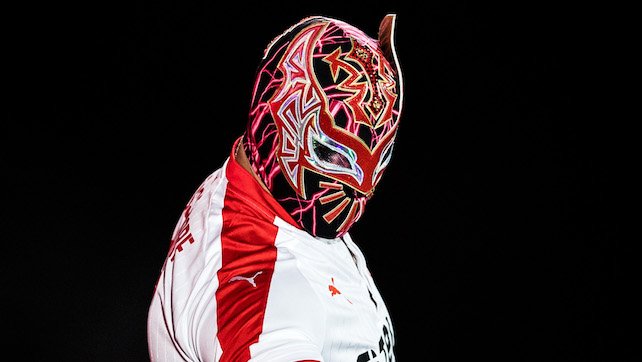 Sin Cara posted a new message on his Twitter account revealing that he has requested his release from WWE.

Our translation of the message included in the image can be read below:

Last night, after praying and much consideration, I made one of the hardest decisions I have had to make in my professional wrestling career; I have asked for my WWE release.

Since I was a child, all I wanted to do was wrestle and all my life I have made decisions and sacrifices to put myself in a position to fulfill that dream. I have traveled the world, met incredible people and fought for the incredible fans of the WWE Universe.

I am so grateful for the opportunity they gave me, however, I realized that I am stuck in a place where I am not valued as an athlete, performer or entertainer. I have been loyal, respectful, a team player and supporter and I have waited patiently for the opportunity to show the world everything I can do. Unfortunately, after all these years, that opportunity never came nor do I feel that it will ever come as long as I remain where I am.

The best years of my professional wrestling career are ahead of me and I think the best is yet to come! I am a healthy man, disciplined, respectful, of my profession and its environment, of my colleagues and mainly of the public to whom I have never failed. This is not the end, on the contrary, this is the beginning of the next chapter and I am excited for what the future holds! (Isaiah 43: 18-19)

I want to thank WWE for this incredible chapter, I will always be grateful. Most importantly, thanks to the WWE Universe for its unwavering support and to all my public who in all parts of the world has supported me and showed their affection, the only way I can correspond is to continue providing myself with all the dedication, passion and professionalism that I have always shown. Thanks from the bottom of my heart.

It’s worth noting that Sin Cara (Jorge Arias) has asked for his release but did not say it was granted. Luke Harper and Mike Kanellis have also asked for their respective releases from the company this year but they were not granted and still perform with WWE.

Sin Cara had recently been paired with a new masked woman named Carolina in a short program with Andrade and Zelina Vega on RAW. Arias, the second Sin Cara, has been with WWE since 2009 and also portrayed Hunico on television. Prior to his WWE career, he was best known in Mexico under the names Mystico or Incognito.