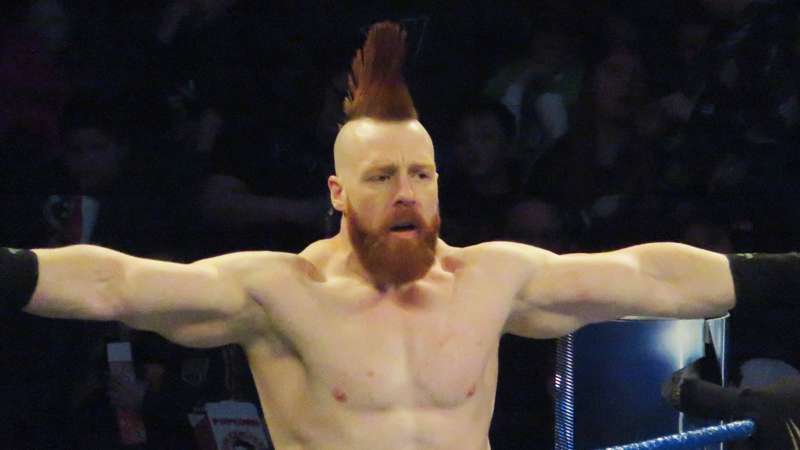 Sheamus went overseas to Japan with Paddy Power to relish in the Rugby World Cup with some fellow Irish hooligans and “The Celtic Warrior” reflected on his first WWE Championship win, along with what it feels like to win the big gold belt at WrestleMania and much more. Quotes from the piece are below, fella:

“Like that was the match that really helped launch Daniel Bryan. It actually started the night after Wrestlemania, it was one of the first times we had that post Mania Raw crowds.

“They were not happy with me. It was interesting, like a baptism of fire.”

On how winning the WWE Title back in 2010 remains his most special moment in his career:

“People ask me what my favourite moment is and I’m always like, there’s so many,” said Sheamus.

“There are just so many special moments that lead to where we are now. The first person I called was my closest friend.

“I was like, ‘this is mad!’ I just had the title in my hand at the hotel room and the whole thing was just crazy, it just didn’t register at the time. Everyone was like, what the fuck’s going on?

“But when you win it, that’s great, it’s fantastic and you shock the world. But, then I had to go and prove to everybody (including myself) that this was not a fluke. I’ve got to show people that I deserve to have this title.”

“I had it for a couple of months and lost it, but then I won it again at Fatal 4-Way in 2010. That was twice I’d done it and that’s when I could say to myself, ‘okay, it wasn’t a one-off’. They’re people that win the WWE title once in a blue moon, but I cemented my legacy by keeping the head down and kicking the s**t out of people.”

RELATED: Sheamus Does A Sumo Workout While In Tokyo