HomeNewsShane Taylor Promotions Is Open For Business: ‘I’m Going To Put That Control Back In My Hands’

Shane Taylor Promotions Is Open For Business: ‘I’m Going To Put That Control Back In My Hands’

Shane Taylor Promotions Is Open For Business: ‘I’m Going To Put That Control Back In My Hands’ 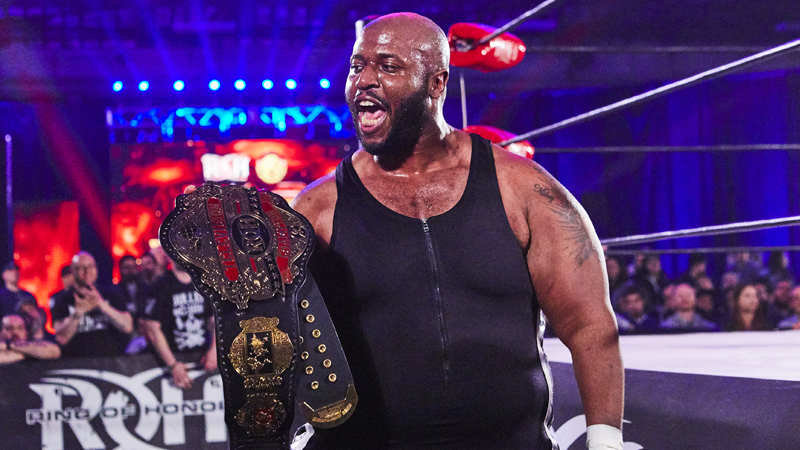 Shane Taylor was the special guest of Stew Myrick and Justin Simmons on Sports Guys Talking Wrestling of The Horn in Austin, TX. The two talked to the ROH Television Champion about the buyout he has going on with the company and the opening of Shane Taylor Promotions, the entity he’ll be using to promote himself and any other talent that appears to not be receiving their just attention.

“Professional wrestling is the first thing that I’ve done where someone else’s opinion or someone else’s vision can hamper your career, can hamper your success. You can wait for years for an opportunity to come that never does, you know? It’s never quite sat well with me, but as you go through the sport you learn to do business and you learn to do things and play the game to a point as much as you can, but for me I always wanted to have my reach and have my legacy be more than professional wrestling, be more than a wrestler. And what Shane Taylor Promotions is, is a company that is dedicated to advertising and promoting the best wrestlers on the planet that the hottest talent in the world with myself at the forefront because I do believe that I am one of the best professional wrestlers in the world. One of the best big men, undoubtedly, but I put an asterisk on myself for anything like that but I believe I do this as well as anybody and there needs to be a platform for people like myself and people who are on the same grind, that getting the recognition that they deserve to have a place to shine and that’s what I’m committed and to what my company is committed to doing.”

On the attention he’s not getting by the higher-ups in ROH:

“I’m the second guy in the company. I’m the number two guy. My face should be on every poster just like Taven’s. My name should be on every announcement just like Taven’s. My appearances, my meet and greets, et cetera, the whole list and when Jay Lethal had the title, that’s what happened for him, when Jeff Cobb had the title that’s what happened for him, you know? Whether it was Marty Scurll or whoever. Then it started to become, ‘Okay so it’s not about the title, maybe it’s just about me.’

“Anybody that knows me knows that I am as loyal as it comes. I’ve gone on record as saying I would love to spend my entire career in Ring Of Honor. I have that much faith in the company, in the people that run it, but I have to bet on me.

On how he wants Shane Taylor Promotions to effect African-American and minority talent in the wrestling business:

“You have regions of the world that especially me being an African-American male they don’t understand who we are, they’ve only been told certain narratives so there’s a lot of hate, there’s a lot of bias towards African-American performers and minorities in general. So a lot of people don’t get opportunities to cross into those markets because of those reasons and I want to be able to be at a point where someone can find themselves booked in that situation…”

Related: Shane Taylor On Seeing More KO Decisions In Wrestling, How He Wants (Or Doesn’t Want) To Be Viewed