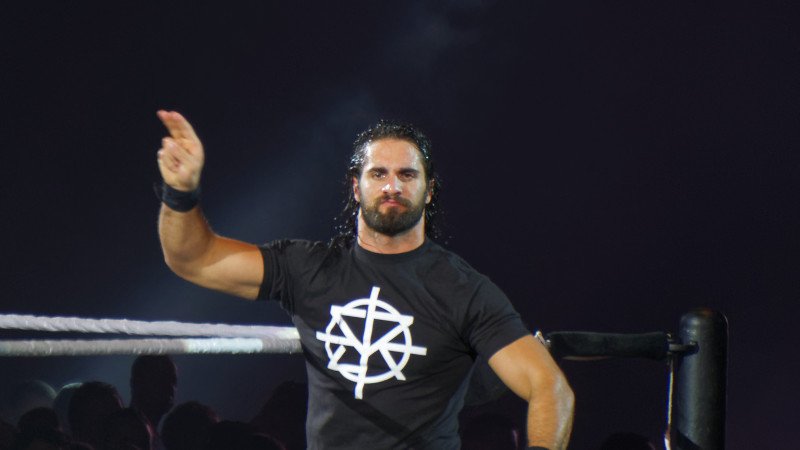 Seth Rollins was the first of four guests on the debut episode of WWE After The Bell with Corey Graves and the WWE Universal Champion was asked about how he went from “internet darling” to a top-tier talent who faces mixed reactions week after week. Seth says that you can even just branch the tide changing back to last year when he was getting huge reactions before his rivalry with Lesnar. Rollins says that he doesn’t understand what changed, but does know he’s hurt by the current day reaction.

“The funny thing is you said all the way back to Tyler Black but you can go back, shoot, six months, you could go back a year, a year ago from Hell In A Cell, you know what I mean, I was everybody’s favorite. Those same people that are panning Hell In A Cell and talking about how Seth Rollins is not cool are the same people that are clamoring for me to be the guy to face Brock Lesnar going into WrestleMania so I don’t know what changed except for the fact that I became the person that they wanted me to be and then they hated me for it.

“It’s a very fickle audience, it is what it is but to answer your question directly, it feels awful, you know? It’s not a good feeling to go out there and put your body on the line and not just at Hell In A Cell but every single night for the past however many years that I’ve been doing it. I go out and compete at an extremely high level and dare I say I’m one of the very best at my job and I do what I have to do when I have to do it and it’s not always pretty, but you go out there and you do your job and you do it well and people don’t like it and then they kinda, they forget that it is what it is and so it hurts your feelings. You’re a human being, you go out there and you work hard and it’s fine. Art, you can have your opinion on it, but man, it’s a tough pill to swallow sometimes.”

Graves then asked Seth Rollins about being on Twitter, particularly his “spat” with Will Ospreay and Seth says it’s not bad to take a page out of Eric Bischoff’s book:

“To me, a big, big part of being one of the best is being able to draw money and that’s what our industry is at the end of the day and people don’t like that, for some reason when it came from my mouth. Now when other people talk about it, say Cody Rhodes talks about it or Sasha Banks talks about or even Karl Anderson talks about it and how much money they have or somebody takes a picture in front of a private jet, they’re cool, right? That’s the cool thing to do, but if I just come right out and say, ‘Hey man, I draw more money than you over the last whatever years,’ I’m the bad guy, and that’s fine. I’ll be that guy. If that’s who the Internet wants me to be, if that’s who they want me to be, that’s fine they can do their thing. At the end of the day, I’ve got nothing but respect for Will Ospreay. It was cool that he stepped up and we got into a little bit of a spat. To me, to steal a line from [Eric] Bischoff, ‘controversy creates cash. If we’re all just buddies if we’re all just friends then that’s lame, man. If you want me to be that guy, I can be that guy. I can also be the nicest, most humble dude on the planet, but that’s boring, you know? Twitter’s supposed to be a place where you have fun. If you take it all too seriously it’ll really eat you alive.”

Staying on the same track, Graves then asks Seth about his controversial remarks regarding Kenny Omega and the “minor leagues” of AEW:

“But, again, if I just sit there and say, ‘Oh, Kenny Omega, what a talent, I’d love to wrestle him some day, ‘wah wah” That doesn’t make a headline, man, that’s boring! That’s boring, then JR’s got nothing to talk about so it’s just, God, just let us hate each other. Look, Kenny’s great, Kenny’s never proven himself in the WWE so that’s what I’m saying. It is what it is. WWE is the top of the mountain, I’m the guy sitting at the top of the top of the mountain. So if Kenny wants to come and like I said, ‘play in the major leagues, get out of the minor leagues’ or whatever, that’s fine. The bottom line is, I’d love Kenny to come to me cause I’m not going to him anytime soon.’

The full first episode of After The Bell is available below: