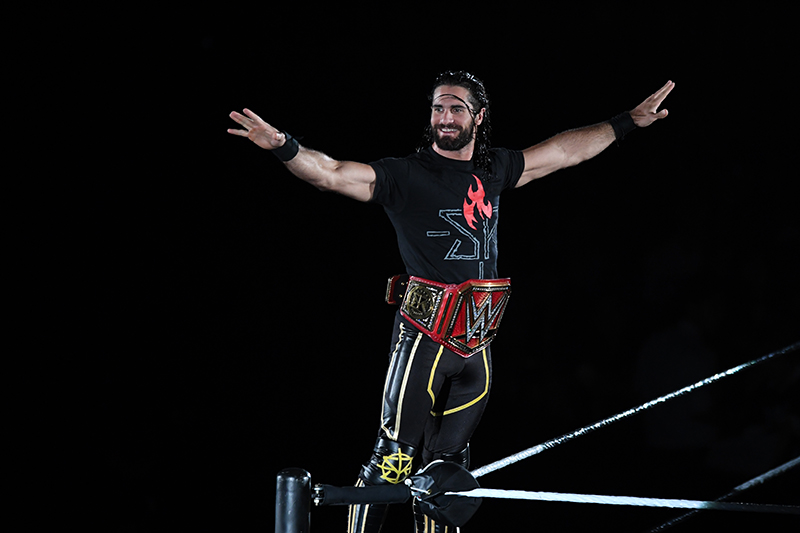 Sarah Schreiber caught up with Seth Rollins after his Falls Count Anywhere victory against one of Bray Wyatt’s old allies in Erick Rowan and The WWE Universal Champion addressed the cheers turning in favor of “The Fiend.” Seth states that he understands why Wyatt’s getting cheered, but as an individual who busts his tail every week, he sees it as disrespect.

“There’s been a lot of disrespect I feel like. The Fiend, I get it, he’s cool man and he’s fresh and he’s new and he’s got this cult following and that just puts a chip on my shoulder. I just feel like I’m out here every single week busting my back, breaking my back, putting this whole company on my back sometimes and I don’t get the respect that I deserve cause there’s this new flavor of ice cream and the dude’s scary, I get that too.”

Seth goes on to talk his Crown Jewel match against Wyatt, unsure of how he’ll make sure he gets The Fiend down for a fall.

“I don’t know what it’s gonna take at Crown Jewel to put him away, but I’m going to do whatever it takes to survive and prevail cause it’s kind of what I do. Tonight was a test, I got through it and I feel fully prepared going into Crown Jewel.”

Universal Champion Seth Rollins says he deserves more respect as he prepares to defend his title against “The Fiend” Bray Wyatt in a Falls Count Anywhere Match that can’t be stopped for any reason at WWE Crown Jewel.

Seeking to catch up on all the post-RAW ongoings? Catch Kevin Kellam and Robert DeFelice from last night as they discuss all the chaos.

WWE RAW was a wild show with an Jerry Spring talk show style brawl with Lana and Rusev going off on each other over Lana leaving the former WWE United States Champion for Bobby Lashley. The segment got a lot of reaction online, both good and bad. This week’s RAW leading into WWE Crown Jewel on Thursday we saw WWE Universal Champion Seth Rollins fight out of the ring with Erick Rowan. Hulk Hogan cornered Richochet with Ric Flair in the corner of Drew MacIntrye to tease Team Hogan and Team Flair. WZ Daily’s Kevin Kellam and Robert DeFelice get into all of this, with spooktacular haunting appearance of the demonic Vince Brosso!