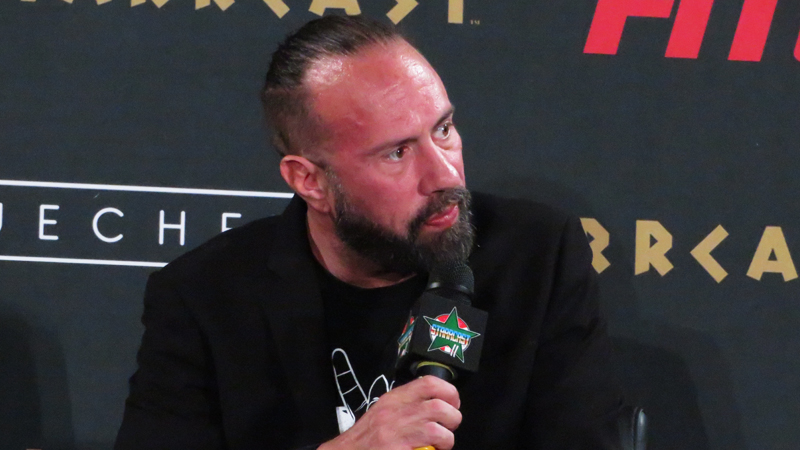 I just want to congratulate Candice, cause to me she’s kind of along the same lines as {Johnny} Gargano. She’s like that, as far as the women go, and not just women but she’s just one the best babyfaces in the industry, man or woman. And also, not the first choice, she’s not the one that they look at and go ‘she’s the chosen one’ but yet she still comes up and rises up past that … and the people love her and I don’t know I am just really happy for her.

Yes, I am sure there was a lot of doubt without Shawn {Michaels} if it {DX} can keep going. But I had a fuck ton of momentum coming off of my NWO run, it was the biggest thing in wrestling, NWO. That was a big deal, that was a huge part.. I mean it still would have been great if I were to have came back in that spot but the fact that I was a huge part of the NWO…

I felt bad because all the DX, the foundation of DX that was Shawn {Michaels}, Paul {Triple H} and Joanie {Chyna} and you know I have to give some credit to {Rick}Rude for being in on that too but you know it’s Paul and Shawn’s, and then he gets hurt and all the great like, all the fruit, he didn’t get to reap the rewards as much, right? For the foundation he laid and the hard work for DX, I mean eventually he came back and he got that separate DX run.

I look back on it and just how everything turned out, obviously they were the perfect addition and even if I hadn’t come back… the plan was or the talk was even before I came back; while Shawn {Michaels} was still active to add those guys to the mix. But they were doing fine on their own at that point. I can’t really stress enough how important those guys were to the whole DX recipe.