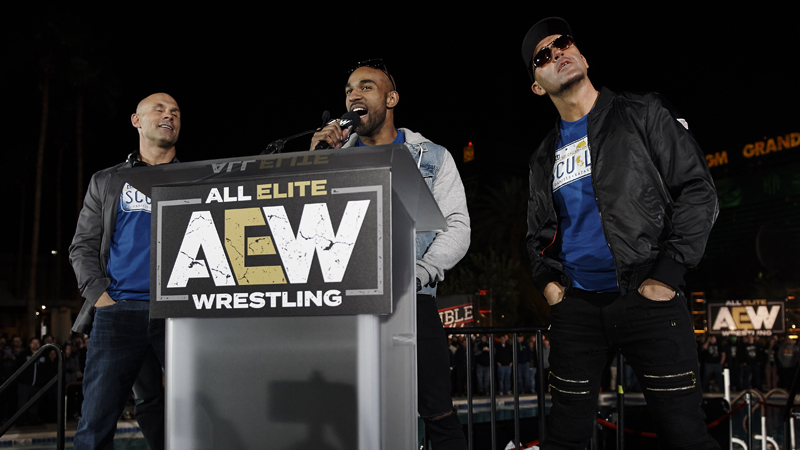 After AEW Dynamite ended, SCU got on the microphone to thank the fans for “making history” last night by attending the television debut and even did a different rendition of their usual shout-out by switching the letters to the company name. Also present for this was Jurassic Express as the DC crowd played The Big Lebowski and abided:

Following the third and final post-show dark match, SCU cut a promo for the live crowd in Washington DC after AEW Dynamite.

Also post-show, “The Ring General” Christopher Daniels went on Twitter to thank the fans for the support: