HomeNewsSCU Talk The Explosive Influence Of AEW Dynamite: ‘We Deserve To Be On National Television’

SCU Talk The Explosive Influence Of AEW Dynamite: ‘We Deserve To Be On National Television’

SCU Talk The Explosive Influence Of AEW Dynamite: ‘We Deserve To Be On National Television’ 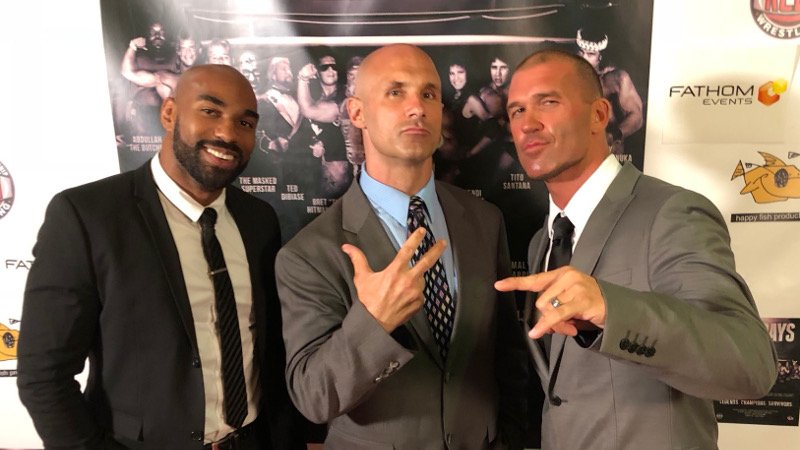 All three members of SCU took part in the post-Dynamite scrum last night and the three had plenty to talk about in those 10 minutes. 26-year veteran Christopher Daniels talked about how much this night means to him and how he compares it to other historical moments he’s been a part of throughout his career, Scorpio Sky gives his thoughts on why there is such a desire for pro wrestling right now and Frankie Kazarian talks about learning from veteran leadership in his time and how the same can be done for the younger members on the AEW roster as everyone moves forward week to week with live television. Quotes and full video of the scrum are below:

Christopher Daniels talks about the lasting impact that AEW and Dynamite will have on the wrestling industry:

“Dynamite. The first night but not the last night of greatness. AEW is the future of this business. It’s already changed the future of the pro wrestling world. It already changed. It’s different now than it was a year ago and we know it. We know it. You saw the people out there? That’s just the first full house of many full houses that are to come. And that feels great to me. 26 years in the business, I was fortunate enough to be a part of Ring Of Honor when it started, I was fortunate enough to be a part of TNA when it started, now I’m at the ground floor of something that has 100 times more excitement behind it than either of those companies did at that time. And I’m proud to be a part of it.

Scorpio Sky thinks the indies as well as a strong fan desire for change is why AEW came to be:

“I would say not only was it birthed out of the indies, but it was also birthed out of a hunger for a better pro wrestling product that the fans had. The fans they’ll never lie to you, they’re always going to be honest and they voice for years that they were not happy with what professional wrestling has been and so that played a huge key because we can say we can do this all we want, but without the people there to support, it’s just gonna fall on deaf ears.”

Frankie Kazarian on how he developed greatly as a wrestler thanks to veteran leadership:

“The reason I got better is because I was fortunate enough to watch people that were better than me. When I got to TNA, I was fortunate enough to be in there with Christopher Daniels, AJ Styles, Jerry Lynn who is a huge, huge influence on me. Guys like that and that shot my game up huge and a lot of guys now have that opportunity here, being on the national stage for the first time and getting to be in there with guys like Chris Jericho and Moxley and Christopher Daniels and prove that they belong. And they do. Everybody is here because they belong.”