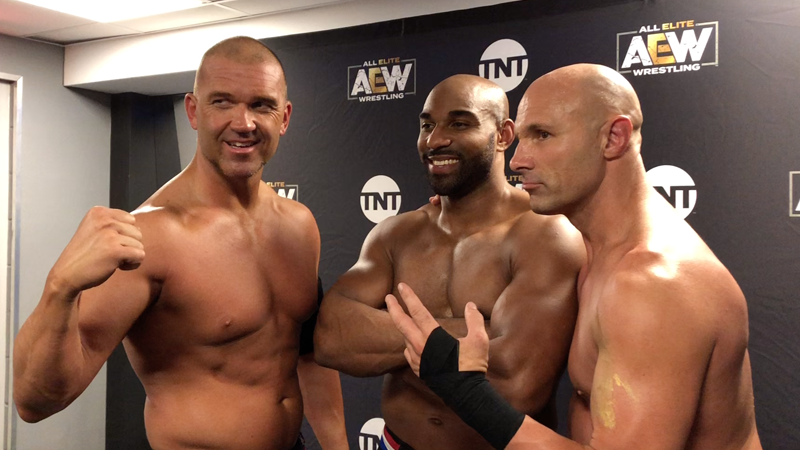 SCU won the AEW tag team championship earlier this week by defeating the Lucha Bros and now All Elite Wrestling has put out a great video documenting how they reacted.

The video starts out with the duo getting their nameplates placed on the title belts, then getting their pictures taken as champs. We later get an interview with the duo (and Chris Daniels even calls in to add his reaction). Kazarian talks about his son being his biggest inspiration and shows off a drawing that his son snuck into his travel bag, and Scorpio Sky discusses how much it means to be here when he was written off in the past.

Check out their reaction below: