HomeNewsRoman Reigns Reflects On Tag Team Win, Says He Tweaked His Knee At Hell In A Cell

Roman Reigns Reflects On Tag Team Win, Says He Tweaked His Knee At Hell In A Cell

Roman Reigns Reflects On Tag Team Win, Says He Tweaked His Knee At Hell In A Cell 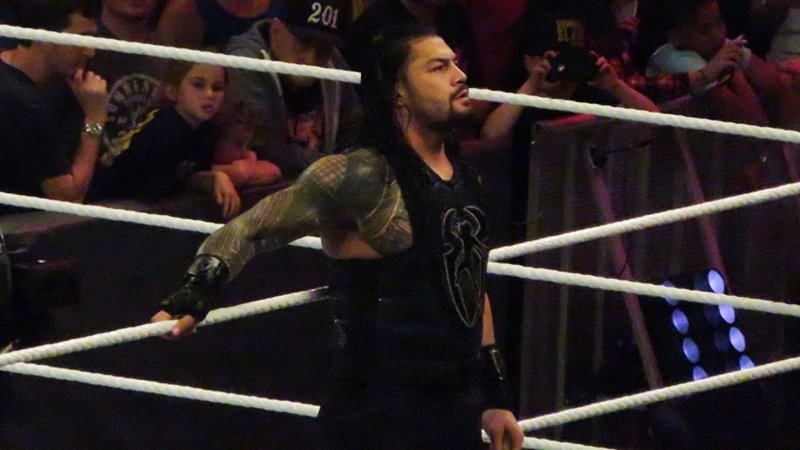 WWE.com had an exclusive interview with Roman Reigns after his Hell In A Cell victory with Daniel Bryan. The two unlikely allies hugged it out post-match after facing Luke Harper and Erick Rowan in a tornado tag team match. In the two minute chat, Reigns talked about coming back full circle in that moment, sharing how The Shield used to feud with Team Hell No when they first started out and now the Venn Diagram caused the two adversaries to form an unexpected bond. Reigns also mentinons that he tweaked his knee during the match.

“Yeah, I tweaked it out there but don’t worry, I’m gonna “Wolverine” that thing tonight and I’ll be ready for SmackDown in Las Vegas on Friday. Get some rest and I’ll be back to do my best.”

The full video of Roman reflecting on the bout is below:

After a huge Tornado Tag Team Match victory alongside unlikely partner Daniel Bryan, The Big Dig describes what was going through his mind leading up to their triumphant embrace and reassures the WWE Universe that his knee is fine.