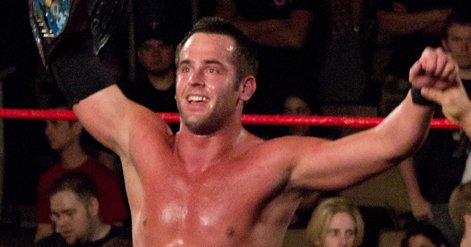 Roderick Strong finally achieved his dream on Wednesday’s episode of NXT, as he took down Velveteen Dream to become the newest NXT North American Champion. In a match that saw both superstars giving it their all in an effort to come away with a win, it was Strong’s team – The Undisputed Era – who ended up playing a key piece in the win. After Dream just managed to escape from a submission, The Undisputed Era made their way down to the ring. As they began to lightly interfere with the match, Dream then had to focus on them as well as Strong.

Unfortunately for Dream, things got to be too much, as he was able to get Strong to the ground and head to the top rope before being interfered with. Adam Cole – who had been knocked down by Dream earlier – ran to the rope and delivered a superkick to Dream, knocking him down and allowing Strong to land a second End of Heartache on Dream, which was more than enough to give him the title. Now, all four members of The Undisputed Era have an NXT title, and their reign might have just begun.