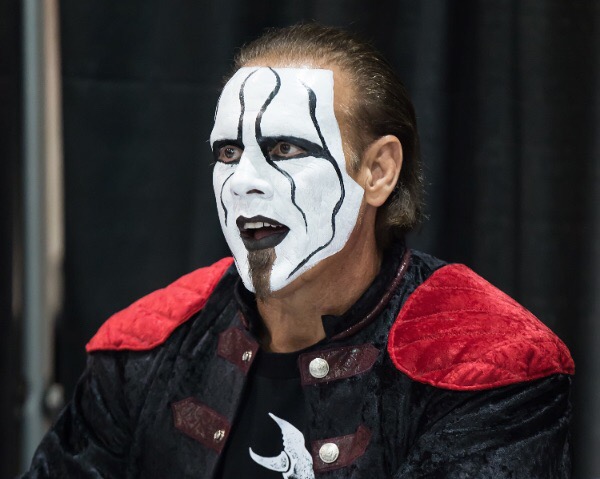 A bonified WCW legend is coming to the next edition of Starrcast, and he’s bringing Sting along for the ride. Yes, Robocop, Detroit’s first line of defense against criminal scum, will be heading to Baltimore in early November to take part in the fourth iteration of Starrcast.

Sting will also be appearing at the convention, donning the patirotic colors he wore when he won the NWA World Championship from Ric Flair in Baltimore back in 1990. It’s the first time in quite a while that Sting is appearing in his pre-Crow persona.

Stand up and salute!

Baltimore is a city rich in professional wrestling history. It’s also the place where a first time World Heavyweight Champion was victorious. The man they call @Sting is coming to #Starrcast IV!

There’s no word on if any of the Four Horseman will try to disturb this photo-op, but at least the Man Called Sting will know that he’s got backup in the building.

RELATED: Bray Wyatt Calls Out Sting As His Next Victim

Edge has announced on the latest edition of E&C’s Pod of Awesomeness that he’ll be stepping away from podcasting to spend more time with his family. Wife Beth Phoenix recently started up a much busier schedule thanks to NXT’s jump to weekly live broadcasts, which could have something to do with Edge’s shifting priorities.

Christian states on the episode that he plans on continuing the show, although no details about the new format were given.