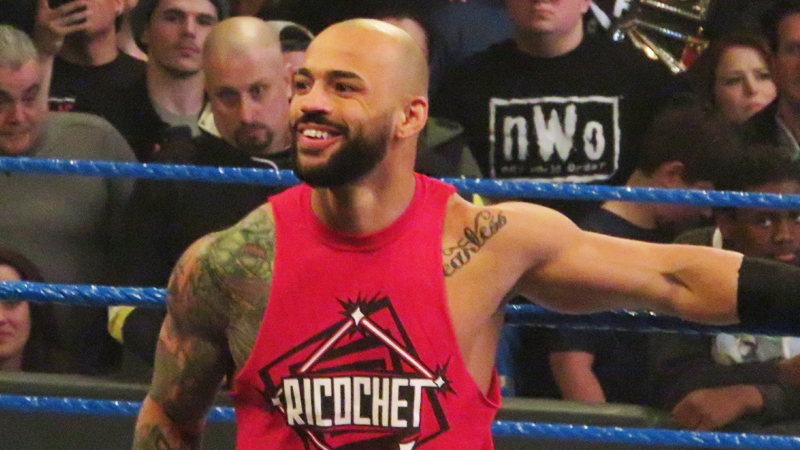 On WWE RAW this week, Ricochet challenged Cesaro to a match. The Swiss Superman had just defended Brock Lesnar’s decision to attack both Rey Mysterio and Dominic earlier in the show and Ricochet defended Rey’s honor.

Ricochet quickly dropped Cesaro with a dropkick but Cesaro used his power to counter Ricochet’s athleticism. A dive to the outside gave Ricochet the momentum again. Cesaro caught Ricochet and planted him with a backbreaker. A European Uppercut rocked WWE’s resident superhero and a stiff knee to the head floored him, too. Ricochet nailed a springboard hurricanrana for the win.