HomeNewsRichard Holliday On What Makes The Dynasty Stand Out, Where MLW Stands In The Current Wrestling Boom Period 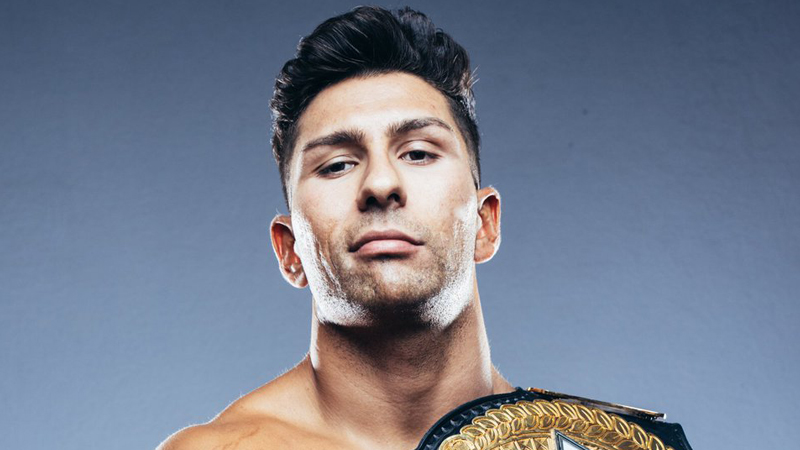 Richard Holliday recently spoke with Wrestlezone’s Kevin Kellam ahead of his match at Go Professional Wrestling’s “GO Big or GO Home” this past Saturday in Wayne, New Jersey. Holliday is one of the few people to not only like MJF, but get along with him, as they are the current MLW Tag Team Champions. Holliday says The Dynasty—also including National Openweight Champion Alexander Hammerstone—stands out because they are three very diverse personalities, and while they have very similar ideologies on life, they are all self-made Superstars.

“There’s no other Hamerstones, no other Friedmans, there’s no other Hollidays in professional wrestling. We kind of did this thing on our own when we came together.” Holliday said. “At first, it was one of those things where it’s like, ‘I don’t know, is this going to be oil and water? or is this going to be something where we come together and we just make something completely magical?’ And from what I’ve seen and just consumer reviews and just talking to people, the Dynasty might just be the greatest thing in professional wrestling today. And it’s because of what we bring to the table, just in a different way.” When asked why fans don’t like them, but they like each other, Holliday said fans are just “uneducated consumers. If you’re not a fan of the Dynasty then why are you even watching professional wrestling? What else is there to really like?”

There have been a number of major moves in the professional wrestling landscape, and MLW is factoring to be a big part of that. With the current wrestling boom period, Holliday believes MLW is taking on a ‘sleeper pick’ role, noting that there’s plenty of attention on AEW and WWE’s ‘Wednesday Night War’, but MLW is still doing great things and fans will start to see where they stand as well.

“I think from an outsider’s perspective, the term ‘sleeper,’ I think it’s appropriate in the sense that all the attention is on—there’s always going to be an immense amount of attention on WWE. Always. But now there’s especially a spotlight on AEW, right? So, to say that MLW is a sleeper is accurate because of those shows garnering the most attention in the market currently. But if you watch MLW on a weekly basis,” Holliday says, “and you really dig deeper into what we’re actually doing—many people may not know that we have international television deals. We’re being viewed in the UK, we’re in Ireland, we are in Israel, we have a working relationship with Pro Wrestling Noah in Japan. So consumers over in Japan are getting to see a bit of MLW. We’re doing our first pay-per-view. We’re doing quite a bit. We’re going to Mexico in two weeks.

“MLW is really doing great things in the market. We are quietly making a lot of noise. I know that’s a bit of an oxymoron, but we’re quietly making a lot of noise. I think eventually, they always say the cream rises to the top. Hammer always says he’s the creamiest of them all, but I got to say, I do think we have more than a fair chance at being one of the most viewed products in professional wrestling,” Holliday said, “if we’re not already that right now.”

MLW’s next event is a co-promoted venture with The Crash Lucha Libre in Tijuana this Saturday, October 5. MLW’s next solo event is the Saturday Night Superfight PPV at Cicero Stadium in Chicago; more event information can be found at this link.