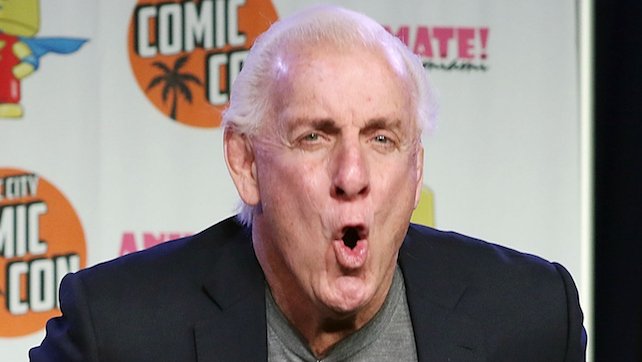 Tide has been running a “Laundry on Sundays” campaign in conjunction with the NFL season and the detergent giant got a hot tag from Ric Flair in a recent commercial.

SNL’s Kenan Thompson was the featured star of the two minute spot as the comedian ran down a “Laundry Night” rap but there was a moment when Naitch stepped in to give his patented “WOOOO” in support of getting those clothes clean.

Flair is known as a die-hard sports fan but is not against rooting for the team who currently has him as a special guest on the sidelines, courtside or on the mound. You can watch the commercial spot below:

RELATED: Ric Flair Scheduled To Be At Tuesday’s SmackDown Tapings, Appearing On Twitter Q&A With Charlotte

The Miz & Xavier Woods Have A Very Classy Dinner On UUDD

Laundry may need to be done after this contentious dinner as The Miz and Xavier Woods sit down for a Superstar Savepoint on UpUpDownDown for what’s billed as “Super Classy, Very Fancy, Cordial Dinner.” Part one of the meal conversation is below:

Throughout the years on UpUpDownDown, the rivalry between The Miz (a.k.a. Moneymaker) and Austin Creed has resulted in the former losing… quite a few championship titles. But today, the pair bring a more calm feel as the A-Lister and the host of UpUpDownDown discuss the success of Miz’s reality TV show, the ups and downs of dad life, how fame has gone to Mr. Miz’s head, and more!