HomeNewsRey Mysterio After His RAW Victory: ‘I Carry Eddie’s Soul With Me Everywhere I Go’ 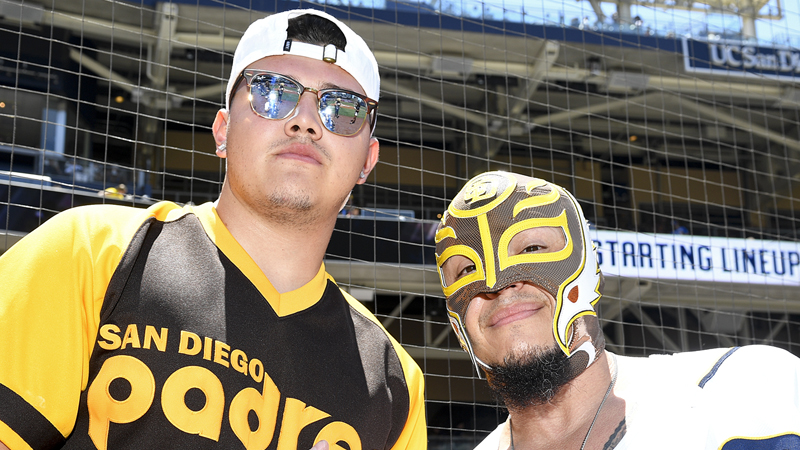 WWE.com caught up with Rey Mysterio after his major victory on RAW last night to make him the top contender for the WWE Universal Championship on RAW next week, which is billed as the “season premiere.” Rey has his son Dominick with him and talks how he owes everything to him because he talked him out of retirement.

“This is my inspiration right now. This is what I live for, this is what I do in the ring for. Right here, and of course all my fans, but this man right here is the one to convince me not to retire, that’s why I’m still here.”

He then credits the angle he had with late Hall of Fame friend, Eddie Guerrero as to what inspired Dominick to develop a passion for wrestling and a drive to continue the Mysterio legacy in the ring.

“I’m really honored to have my son next to me, to have him want to do what his father has been doing for over 30 years and to want him follow in my footsteps. I think this man right here, my son Dominick is gonna be bigger than his old man.”

Rey continues to talk about Eddie and he believes that “Latino Heat” is always with him in and out of the ring.

“That first title that I won at WrestleMania was because of Eddie. Eddie was there with me, Eddie presented me with that title and the victory was in the name of Eddie Guerrero. If this happens to be another experience like the one at WrestleMania 22, then what can I say? But Eddie, in or out of the ring, he’s always with me. I carry Eddie’s soul with me everywhere I go and I always send out a little tribute to Eddie just because it makes you feel like his presence is there. He’s with me in the good and in the bad. I love Eddie to death and I will always love him.”