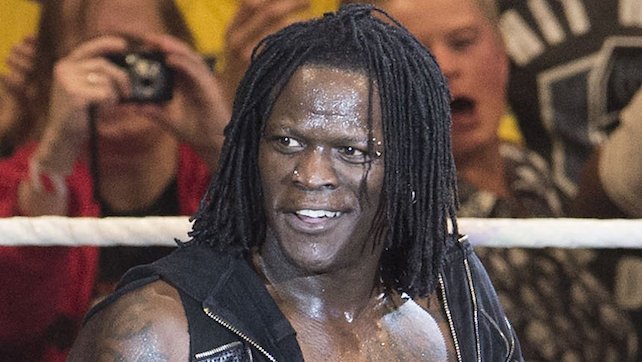 R-Truth has his baby back once more. During a WWE.com exclusive video, fans followed Samir Singh backstage after he was attacked by Erick Rowan, but his Bollywood brother Sunil wasn’t the only one to meet him in the medical room. Dressed as a doctor, R-Truth came in tow with a referee to slam Samir’s head off the wall and get the three count to become the new WWE 24/7 Champion.