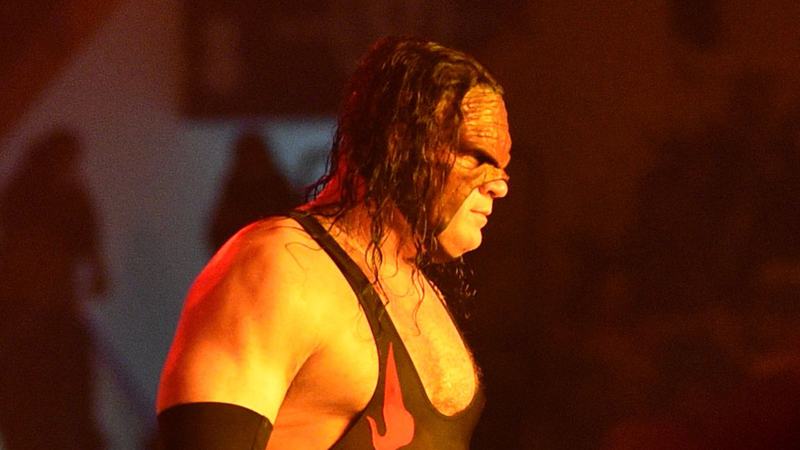 Kane, real name Glen Jacobs, is releasing a book titled, “Mayor Kane, My Life in Wrestling and Politics.” The book comes out on Nov. 26, 2019. You can see a clip of Kane talking about it here:

From Superstar to Mayor and now… author?! A special announcement from Mayor Glenn Jacobs.

Here is the promotional material for the book:

MAYOR KANE is the surprising and inspiring story of how former WWE Champion Glenn “Kane” Jacobs became the mayor of Knox County, Tennessee. Jacobs was inspired to pursue politics by popular libertarian figures such as former Republican presidential candidate Ron Paul, Republican Senator Rand Paul, Fox News’ Judge Andrew Napolitano and others as he works to improve his community and implements conservative policies in East Tennessee.

Before becoming Mayor Kane, Glenn “Kane” Jacobs was one of WWE’s top Superstars for over two decades and traveled the globe with the likes of “Stone Cold” Steve Austin, Dwayne “The Rock” Johnson, John Cena, Ric Flair, and many others. Best known for his work with The Undertaker as the “Brothers of Destruction”, Jacobs later reinvented himself with WWE Superstar Daniel Bryan as part of “Team Hell No” and still makes the occasional appearance on WWE programming to this day.

The wrestler-turned-politician hasn’t hung up his wrestling boots yet. Politics is a contact sport and Jacobs is using his wrestling skills in that arena. Jacobs believes strongly in conservative principles, and he’s working hard to implement them in Tennessee.

Check out our new interview with Dr. Tom Prichard where he talks about what’s happening at JPWA in Knoxville, Natalya’s future as a trainer, where the ‘Dr.’ name started and much more!

WWE Chief Brand Officer Stephanie McMahon has not only served as General Manager of SmackDown and Commissioner of Raw; she has also been WWE Women’s Champion and isn’t afraid to slap anyone that gets out of line. Relive some of her greatest moments.