HomeNewsPrivate Party Defeat The Young Bucks, Advance To Next Round Of AEW Tag Team Title Tourney

Private Party Defeat The Young Bucks, Advance To Next Round Of AEW Tag Team Title Tourney

Private Party Defeat The Young Bucks, Advance To Next Round Of AEW Tag Team Title Tourney 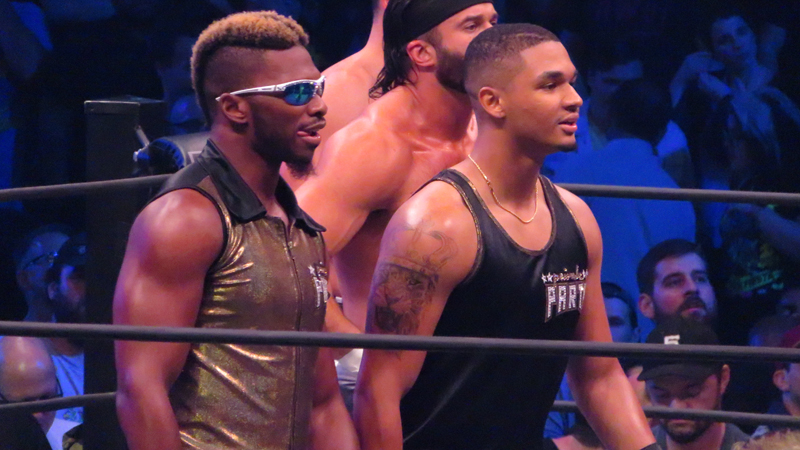 The All Elite Wrestling Tag Team Championship Tournament kicked off on the second episode of AEW Dynamite. The opening round match-up saw The Young Bucks take on Private Party. It was very much a match between two hot prospects and established veterans.

#AEWDynamite is live on @tntdrama with The Young Bucks taking on Private Party in the first matchup of the #TagTitleTourney #BucksVsPrivateParty pic.twitter.com/HuzTQYP86F

The match saw the Bucks get hot early as they managed to use their experience to stay one step ahead of their opponents. Matt and Nick Jackson creatively cut off the ring and kept creating two-on-one scenarios in their favor. Despite this, Isiah Kassidy was able to fight back and a series of dives by him and his partner Marq Quen managed to shift the tide in their favor. Quen hit a 450 for a near fall, but that wasn’t enough to keep the Jackson brothers down.

The Young Bucks started to take their opponents seriously afterward and got back into their groove. While it wasn’t easy, the Jacksons kept using tag team maneuvers to isolate Quen away from his partner and making a tag. Kassidy was finally tagged in and it was shown that he had injured his back. However, once Quen was tagged in the tides turned. Quen hit a shooting star press for a near-fall and then managed to cradle an injured Jackson for the win.