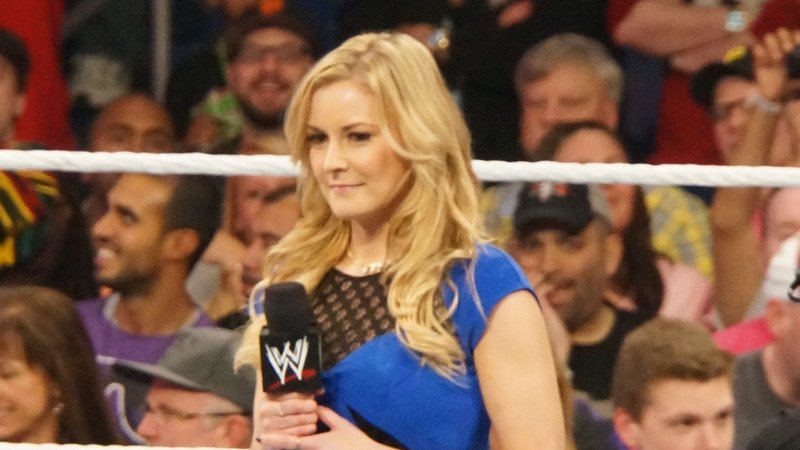 The entire wrestling world is currently talking about Jim Cornette’s exit from NWA after cracking a rather untimely joke while calling a match. After a fan suggested that Jim Cornette talk about his controversial commentary on WWE Backstage, hosts Renee Young and Paige made it clear that they weren’t fans of the idea.

Lol hard no over here bud.

Meanwhile, Austin Aries, who developed a love-(mostly)hate relationship with Cornette when they both worked in ROH, enjoyed Jim’s public shaming from the comfort of his own Twitter feed.

Currently enjoying a big #vegan bucket of fried turnips at an Ethiopian restaurant while mulling over all my various job opportunities. #HappyHumpDay

In happier news, Tessa Blanchard and boyfriend Daga are engaged. The happy couple have both shared the news on Instagram via a pair of bilingual posts. Both wrestlers currently ply their trade in IMPACT and elsewhere.

My whole heart for my whole life. ❤️ @dagathewrestler

One criticism of All Elite Wrestling so far has been its lack of focus on its Women’s division. AEW seems to be trying to correct course by announcing two Women’s matches in advance of tonight Indianapolis show. On next week’s Dark, new signee Big Swole will face off with Shanna. Tonight, Britt Baker will face off with former #1 Contender Hikaru Shida.

The female athletes of #AEW will see action this evening in Indianapolis.

Join us live by getting tix at https://t.co/UN1cNj1kQq or watch at 8/7c on @tntdrama pic.twitter.com/cJHlwknQ4R

While AEW fans ramp up for tonight’s Dynamite, AEW isn’t resting on its laurels. Already signed for next week’s Chicago episode is a clash between PAC and Kenny Omega. Can Kenny Omega reclaim his mojo in a rematch from All Out earlier this year?

Just signed for NEXT WEEK at the @Sears_Centre in Chicago#OMEGAvsPAC2 in a rematch from their #AEWAllOut match up in August.
We’ll hear from @KennyOmegamanX TONIGHT on #AEWDynamite
Get your tickets now at https://t.co/UN1cNj1kQq and join us LIVE next Wednesday, November 27th! pic.twitter.com/x3pR1H4KYG

RELATED: Darby Allin On Wanting To Represent Skateboard Culture, Who He Is Trying To Appeal To