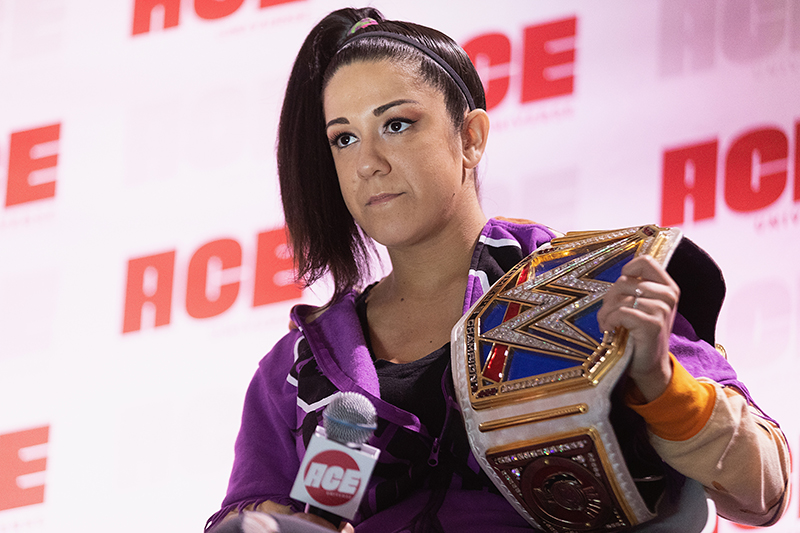 Wednesday’s episode of NXT ended in a chaotic fashion, as Mia Yim and Io Shirai competed in a Ladder match, with the winner getting an advantage to start the WarGames match that will take place at NXT TakeOver: WarGames next weekend. Io Shirai was the one who came away with the win, but not after some help from NXT UK Women’s Champion Kay Lee Ray.

Just as it looked like Yim was going to win, Ray came sliding in, knocking Yim off of the ladder and out of the ring. After the nasty fall, Ray quickly hurried Shirai up the ladder, where she won. As Shirai, Ray, and Bianca Belair – who arrived after – celebrated in the ring, Shayna Baszler came out to join them. However, a surprise appearance by Bayley shocked the crowd. Bayley immediately hit Baszler with a chair, and proceeded to land her finish on the NXT Women’s Champion to end the night.